Household morale darkens a bit in July according to INSEE 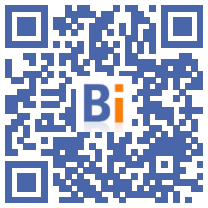 Household morale in France fell a little in July, after its sharp rise in June, illustrating in particular a caution in the desire to consume at the time of a new resumption of the Covid-19 epidemic, according to data published on Wednesday by INSEE.

The indicator which reflects the confidence of households in the economic situation lost 2 points in July, to 101 points, remaining however above its long-term average which is 100, detailed the National Institute of Statistics.

This decline is notably linked to a much lower proportion of households believing in July that it is opportune to make major purchases (-5 points).

For the third consecutive month, the proportion of households who consider it appropriate to save has decreased (-4 points), but here again the indicator remains above its long-term average.

Beyond their personal situation, households are less optimistic about the economic situation in France. They are less likely to think that the standard of living will improve in the next twelve months and are more worried about an increase in unemployment.

Last week, INSEE also mentioned a drop in the confidence of business leaders in July, in particular in the retail sector, which testified to a slightly less favorable outlook for activity.

This indicator however still remains at a "very high level" in July, noted INSEE.