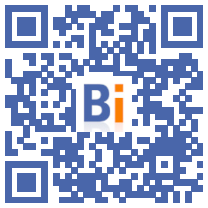 The number of mortgage loans has started to rise again in France in 2021, after an atypical year 2020, without a marked change in interest rates, always advantageous for borrowers, said the CSA / Crédit Logement observatory on Thursday January 20.

“Demand picked up from the start of last spring,” note the authors of this study, a benchmark in the sector. Over the whole of 2021, the number of loans granted increased by 4,6% compared to the previous year.

This rebound should be put into perspective with the heavy fall observed in 2020 due to the health crisis: -18,1%, according to the same source.

This increase is due to the good health of the real estate market in France for both new and existing housing, as well as extremely low interest rates.

"The credit conditions are very good, excellent even," says Michel Mouillart, professor of economics responsible for presenting the results of the study.

"It's a floor," continues Mr. Mouillart. The rates charged by banks last year "are the lowest since the beginning of the 50s. In addition, almost all of the rates served for the whole of 2021 are below inflation, unheard of. -seen", he underlines.

Inflation has indeed accelerated significantly in recent months, reaching +2,8% in December over one year, according to INSEE.

Crédit Logement is a finance company specializing in the guarantee of real estate loans intended for private homes, based on criteria such as the solvency of the borrower or the value of the property. It prides itself on guaranteeing one out of three mortgages.