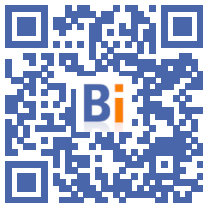 On the occasion of the Salon des Seniors, the Home Improvement Club launched its new working group: “Adaptation of housing for better comfort of use”.

Composed of key players in housing renovation, this group will accompany and support public policies in favor of the adaptation of housing to promote “better aging in place” for seniors. The Club unveiled the 4 lines of action of its work.

The demographic transition is bringing about profound transformations, with major consequences on the major balances of French society with the aging of the population, which raises the question of dependence and “aging well”.

In 2030, 20 million people will be over 60 – including 15 million already today. And these are 4,8 million French people who will have passed the age of 85, against 1,4 million at present. This demographic transition raises new issues and constitutes a real societal challenge and national issue.

The role of the working group: to precede and support the “Solidarity Generations” bill

This think tank aims to precede and accompany the bill that could not be studied during the current term of office but which will most certainly be from the start of the next one: “Générations Solidaires”.

Financial aid provisions have already been announced as part of the 2023 Finance Bill and financial aid could see the light of day from 2022: “MaPrimeAdapt”.

The two main areas of this aid consist in helping modest and very modest households up to 70% of the adaptation work and allowing all households (over 70) to have the possibility of benefiting from a diagnostic of their accommodation in terms of accessibility and mobility.

The action plan of the working group in 4 axes

Composed of a varied round table of actors in the renovation of housing, this group will accompany and support public policies in favor of the adaptation of housing to encourage seniors to stay at home. (Even PMRs in the sense of future legislation to come). 4 main lines of work will punctuate the year 2022:

The results and initial recommendations of this working group will be delivered during the Club's symposium which will celebrate its 30th anniversary on October 5 at the Mondial du Bâtiment exhibition.

Find more information on the launch of this work by listening to the CAH chronicle “Improving our living spaces” recorded on February 4 as part of the program: “Les Rendez-Vous du Mondial du Bâtiment” on Batiradio.