Hiring aid extended at least until the end of May 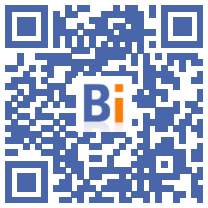 The exceptional aid for the hiring of young people and the recruitment of work-study students, decided this summer until March 31, will be at least extended until the end of May, we learned from union sources on Wednesday.

With the guiding principle of "visibility for the employer and degressivity to prepare for the post", the Ministry of Labor presented several options to the unions on the extension of this aid. The final arbitration will be announced during the social dialogue conference on March 15 in Matignon.

For assistance in the hiring of young people under 26 (1.000 euros per quarter of contract for a maximum of one year), the ministry submitted two hypotheses.

In the "high" hypothesis, the system is extended until the end of May under the same conditions (up to a remuneration of 2 minimum wage), then until the end of October for young people whose remuneration is less than 1,6 minimum wage (90% of youth). The additional cost after March would then be 750 million euros. In the low case, the system stops at the end of May and the threshold of 1,6 minimum wage is retained after March. The additional cost is then only 150 million euros.

According to the ministry, nearly 1,3 million under 26 were hired on CDI or CDD for more than three months between August and January, of which 340.000 have so far been the subject of a request for assistance. . The cost between July 2020 and March 31, 2021 is estimated at 803 million euros.

For learning aids and professionalization contracts (8.000 euros for a major, 5.000 for a minor), the high hypothesis would be to extend them identically until the end of May, then, between May and December to exclude the bac +5 and reduce the aid to 4.000 euros for companies with more than 250 employees. The additional cost after March would be of the order of 1,7 billion euros.

In the low case, the device stops at the end of May, and the additional cost is only 70 million euros.

The dialogue conference should focus on "preparing for a way out of the crisis". The Minister of Labor, Elisabeth Borne, indicated on Tuesday that "sectoral consultations would be carried out from next week to prepare for the gradual lifting of health restrictions and to adapt in a relevant way the level of support to companies in view of these reductions".