High concentration of home ownership in France, according to INSEE 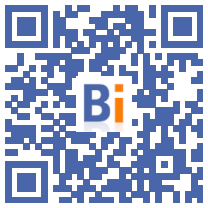 In 2017, the majority (58%) of households in France own at least one home, but a quarter (24%) owns two-thirds (68%) of houses or apartments owned by individuals, according to a study published on Thursday. by INSEE.

The only owners of three or more dwellings, who represent 11% of the total, own almost half (46%) of the 28,4 million houses or apartments owned by households in their own name or through a real estate company.

Rented dwellings belong even more to large owners, since those who own at least five own half of the rental stock owned by individuals, while they represent only 3,5% of households.

"This concentration of rental housing ownership reflects a logic of asset accumulation, which is based in particular on the use of SCI", notes the National Institute of Statistics in its Social Portrait of France.

In addition, the share of dwellings owned by owners of five or more dwellings is increasing in the centers of large agglomerations, where apartments are the most expensive.

This share is therefore between 10% and 25% in the municipalities of the inner Paris suburbs but amounts to between 45% to 50% in the districts of central Paris, according to the study.

A similar geographical distribution is also found in the other large French metropolises, in particular in Lyon, Marseille, Toulouse and Lille, reports INSEE.

Multi-owner households, i.e. who own at least two dwellings, are over 40 years old in nine out of ten cases and half of them are between 50 and 69 years old.

Finally, within heterosexual couples, men are more often homeowners than women, with 79% of the former having a property right over the dwelling (s) owned by households against 71% of women.

In addition, this gap increases with the number of homes owned. For owners of 20 or more dwellings, 72% of men have a property right, compared to only 50% of women.