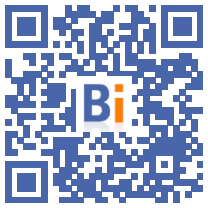 The conflict in Ukraine should not overshadow the vital urgency represented by global warming. It is necessary to limit the impacts of this conflict on sources of supply and on their cost, but no decision should be taken that would run counter to the fight against climate change. We see the dramatic effects every day: deadly floods, famines and armed conflicts.

For Brice Lalonde, president of Équilibre des Énergies: “We have to stay focused on our duty as human beings: to end the double curse of war and climate change. The measures that the war imposes on us must not slow down or thwart those required for climate protection. In fact, they are the same. »

The Balance of Energy position therefore remains centered on the fundamental objective of decarbonizing activities, the main means of reducing greenhouse gas emissions (CO2, methane, etc.). Équilibre des Énergies advocates strong measures which, in the short term, are likely to really guide French society towards a real decarbonization of its consumption while safeguarding economic activity and the standard of living of the French people.

The social emergency justifies aid for the most precarious, but the decisions to support the consumption of fossil products are not going in the right direction. The price signal remains essential and an increase in purchasing power to deal with increases in energy prices would be more effective and would not distort trade-offs in favor of decarbonization.

In the period of crisis we are going through, economic activity must be sustained and many of our businesses are in danger. Équilibre des Énergies supports the emergency measures proposed by the Commission to contain energy prices but fears that they are insufficient. Arrangements should be made as soon as possible to avoid erratic price fluctuations and to ensure that they are representative of supply costs. At the same time, structural changes such as those towards the heat pump and electric mobility must be accelerated.

It is in this context that Equilibre des Énergies presents the five main priorities for the climate, which, according to it, are all projects to be carried out today.

In the preamble, while it is essential to set objectives, Equilibre des Énergies emphasizes the need to demonstrate efficiency and not paper voluntarism. According to the association, we must accelerate the exit from fossil fuels but not, again, tighten the already unrealistic objectives of reducing fossil fuel consumption which completely distort the reading of the efforts made by French society. Without for all that refraining from giving a strong signal on the need to develop all the means to face the climate challenge, it is desirable to stick to timetables and credible measures. It is more restrictive but more effective to set achievable goals than unrealistic targets.

Heat pumps (PAC): For the launch of a major CAP plan!

Heat pumps are still too rare since in 2020, only 7% of main residences were heated in France thanks to heat pumps. However, this equipment is the first to be able to immediately reduce fossil fuel consumption by relying on a national industrial fabric. Equilibre des Energies recommends the launch of a major CAP plan, going beyond the objectives put forward by the European Commission and aiming to triple the pace of its deployment. But there are still economic and regulatory obstacles to be lifted and, on the economic level, the aid system must be improved by extending the beneficiaries and by indexing the premium granted by MaPrimRénov' to the result in terms of energy performance measured by the ECD. A major regulatory obstacle remains with this classification which, established in primary energy, penalizes electricity and does not reflect the real effect of the efforts made. These criteria must take into account the energy consumed, the only tangible expression of the energy changes made.

Electric mobility: the development of charging stations and infrastructures and the extension to heavy goods vehicles

The migration to electric must not be slowed down. Many actions have been undertaken but others remain to be completed:

The decarbonization of aviation: SAFs, the establishment of a new industrial ecosystem

Energy Balance studies, like that of the profession, show it: decarbonization of the aviation sector is possible but difficult. It involves efforts to be made over the next three decades to achieve climate neutrality in the sector by 2050. These efforts flow in several directions, continuing to increase aircraft efficiency. But the major challenge is undoubtedly that of switching from fossil kerosene to sustainable fuels for aviation. These fuels, called SAF, are produced by combining hydrogen with carbon, both of which come from carbon-neutral sectors: low-carbon electricity and carbon from biomass or even direct recovery. CO2 in the air. This requires identifying and collecting carbon-free primary resources (feedstocks), setting up industrial channels, organizing distribution circuits and facilitating the incorporation of SAF into conventional kerosene, in increasingly large proportions, without undermining the competitiveness of airlines. Europe is getting down to it, but France must be at the forefront. This is a major change that must be carried out like a major industrial project.

The current difficulties show that efforts in these two areas must be intensified. With regard to nuclear power, the return to production of the power plant fleet is an absolute priority. ASN has given its agreement on the guidelines to be followed. The problem is now an industrial challenge and, to deal with it, companies must be given full freedom in terms of working hours, remuneration and support to deal as quickly as possible with the difficulties encountered or which could arise. We are rightly doing this for renewable energies in the context of the bill that is coming to Parliament. We must also do this for nuclear power, new and existing, in compliance of course with safety rules.

It is at this price that our carbon-free electricity production will regain all its rightful place and could weigh on the overall energy supply costs.

The very sharp rise in natural gas prices, linked in particular to the Ukrainian conflict, had a considerable ripple effect on the European electricity market and on prices delivered to consumers. Preserving regulated electricity tariffs has enabled French domestic consumers to benefit from an effective tariff shield, but at the cost of considerable surcharges weighing on the incumbent operator and on public finances.

Équilibre des Énergies supports the emergency measures proposed by the European Commission to stabilize prices but fears that they are insufficient. A fundamental reform remains to be built, which probably involves regulating the wholesale electricity market and regulating the prices charged for all those who do not have access to it. The aim must be for prices to reflect supply costs, ensuring stable funding for investments that are more necessary than ever.