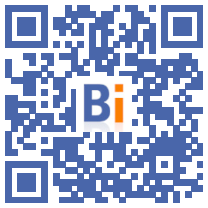 Some cancers of the larynx and ovaries are indeed linked to exposure to asbestos, confirmed Monday, September 19 the French health authorities, speaking out to facilitate their compensation as an occupational disease.

These two types of cancer are "under-reported and under-recognized", when they are linked to occupational exposure to asbestos, estimated in a press release the National Health Security Agency (Anses).

The latter, which had been seized by several ministries (Health, Labour, etc.) to assess the subject, has just submitted a report in which it confirms the existence of a cause and effect link between these cancers and asbestos exposure.

On the other hand, ANSES did not examine the link between asbestos and other cancers - pharynx, stomach, colorectal -, although it had been asked to do so. She explains this choice by considerations of "resources" and "calendar".

Asbestos, used for several decades during the XNUMXth century in the construction of buildings, is now banned in many countries such as France, due to its dangerous effects on health.

Its link with cancers of the larynx or ovaries had already been recognized for several years by various organizations, including the Institute for Health Surveillance - ancestor of the current Public Health France - and, abroad, the International Center for Research on cancer, linked to the UN.

However, it is documented in less detail than for other cancers, such as those of the pleura or the lung.

"Asbestos is commonly associated with cancers of the lungs and the pleura, neither doctors nor patients make the link with other cancers", regretted Alexandra Papadopoulos, executive of ANSES, quoted in the press release.

The institution is therefore opening the way to better compensation for patients, by promoting their recognition as an occupational disease.

It is in favor of creating tables of occupational diseases for these two types of cancer, as is already the case for those of the bronchopulmonary tract.

Such a measure would create a "presumption of origin" for the cancers concerned, which would facilitate the process for patients.

“Currently, it is already possible to have these cancers recognized as an occupational disease, but this requires the victim to provide proof of the link between the cancer and their work,” explained Ms Papadopoulos.