Gustave, the first free craft school with a key job 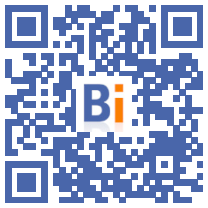 The Gustave school, co-founded by Rocket Education, trains new heating plumbers, recruited on their personality, aged 20 to 50, and guarantees them a job.

Three years after the launch of the Rocket School, which has trained more than 1000 talents in high-tech commerce, the Rocket Education group is launching into the building sector with the Gustave school. It is a free school open to all, intended to train apprentice craftsmen, those who will build the world of tomorrow. The school prepares for the profession of plumber and electrician. Through this new school, Cyril Pierre de Geyer reproduces the tried and tested Rocket School model. It recruits the talents of tomorrow based on their temperament and trains them in the construction industry to make them happy working people!

The training courses for plumbers and electricians offered at the Gustave school are short and efficient. The 1st learners, men and women, coming from all walks of life and aged 20 to 50 years entered on July 5 for 3 months of intensive "bootcamp" in progress, followed by 12 months of work-study with a rhythm of 4 days on 5 in business. This rhythm allows them to be directly operational when they arrive in a company. And as proof, students start their year with a promise of employment as soon as they arrive!

The Gustave School offers a program to prepare for the professional title "Thermal and sanitary installer" level 3 registered with the RNCP by the decree of December 30, 2015, certification issued by the Ministry of Labor.

According to Cyril Pierre de Geyer, CEO of the group: In the wider region of Paris, Pôle emploi has identified 4.200 recruitment projects for plumbers and heating engineers and we do not count the needs in the construction trades! There is a great opportunity for those who want to give themselves the means, but there is no diploma school that recruits on the basis of personality and which teaches both the profession and the bases of digital referent, which is why we have wanted to create this school. "

Support employment wherever companies are struggling to recruit

The objective of the Gustave school? Train 1000 learners always by recruiting on the personality of the candidates to maximize the chances of success.

This new project was launched by Cyril Pierre de Geyer, CEO of Rocket Education, affiliate professor at HEC Paris, former deputy general manager of Epitech, creator and director of the Executive MBAs of the IONIS group. This is a new challenge taken up, always with the aim of training people in jobs in tension and who correspond to the personality of the learners so that they can flourish in their profession. This time, the idea is to highlight the crafts. For the time being, nearly 100.000 job offers are struggling to recruit.

According to Marie Blaise, Co-founder and Director of the school: “The building trades are often poorly known and sometimes denigrated in France. However, in certain countries such as Australia, for example, these are highly valued professions. We are committed to participating with other players in the sector in highlighting the enormous potential of these professions and training the entrepreneurs of tomorrow. ”

About the Gustave school

The Gustave school was co-founded by Cyril Pierre de Geyer, professor affiliated with HEC Paris, former deputy general manager of Epitech, creator and director of the Executive MBAs of the IONIS group, entrepreneur and business angel. He surrounded himself with Marie Blaise, Jérémy Diavet and the Fondatio group, a team of innovative educational experts. The Gustave school prepares for level 3 diplomas registered with the RNCP by the decree of December 30, 2015, certification issued by the Ministry of Labor.

To apply and for more information: https://ecole-gustave.com/