Growth in the second quarter revised upwards to 1,1% by INSEE 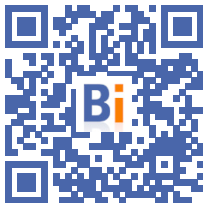 The Statistics Institute has thus revised upwards its initial estimate for the second quarter, which was 0,9%, after a stable first quarter.

The growth overhang for the year 2021, namely the level it would reach for the whole year if it were zero in the third and fourth quarters, is 4,8%, said INSEE.

INSEE and the government are forecasting growth of 2021% for 6.

"We now have a prospect of reaching 6% growth for 2021 which is more than realistic, which will allow us to return to the pre-crisis level of activity at the end of 2021", estimated the Minister of the Economy Bruno Le Maire in front of journalists after the upward revision of second quarter growth by INSEE.

In 2020, French GDP had experienced a historic decline of 8% due to the pandemic.

GDP in the second quarter remains 3,2% lower in volume than in the fourth quarter of 2019, before the pandemic. The gap was still 4,3% in the previous two quarters.

Household consumption expenditure, the main component of GDP, increased by 1% in the second quarter marked by the third confinement but also by its exit from mid-May.

But they still remain well below their pre-crisis level, at -5,9%.

Final domestic demand increases by 1,2% and gross fixed capital formation, which reflects investment, increases by 2,4% and exceeds the pre-crisis level for the first time.

Foreign trade contributed negatively to the evolution of the GDP in the second quarter, imports growing more strongly (+ 1,7%) than exports (+ 1%).

Lastly, INSEE underlines a strong rebound in gross household disposable income, of 0,8%, over the quarter, in particular thanks to an acceleration in the wage bill of 1,1%, which is now down to -0,6 , XNUMX% of its pre-crisis level.