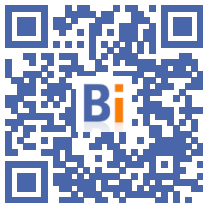 The Senate dominated by the right-wing opposition adopted Tuesday at first reading, with some modifications, a bill LREM aimed at "strengthening prevention in health at work", deemed "not up to the challenges" by the left which voted against.

Deputies and senators will try to agree on a common text, with the objective of a final adoption before the end of the month. If this fails, the National Assembly, which adopted it at first reading in February, will have the last word.

The text is mainly the translation of a national interprofessional agreement (ANI), the first of its kind on the subject, signed on December 9, in order to relaunch a reform postponed for years. A poor relative of public policies, the sector has returned to the spotlight with the Covid-19 epidemic.

It ratifies, on a voluntary basis, the use of general practitioners, called "corresponding practicing physicians" to alleviate the shortage of occupational physicians. There are around 5.000 for 18 million employees, according to official data.

Another flagship measure: the occupational physician will be able to consult the shared medical file (DMP) with the employee's agreement.

For the co-rapporteur Pascale Gruny (LR), the text "responds to a major challenge: the strengthening of primary prevention". "It is a recognition - finally! - of the contribution of occupational health to public health," said centrist Olivier Henno.

Among the changes made, the senators have planned to maintain the obligation to develop an annual program for the prevention of occupational risks and the improvement of working conditions for companies with more than 50 employees.

They supervised the use of the corresponding doctor and provided, on an experimental basis, for an extension of the prescription right of the occupational doctor. The left has scrapped on this text which, according to Émilienne Poumirol (PS), "does not respond to the shortage of occupational physicians".

For Cathy Apourceau-Poly (CRCE with a communist majority), "this proposed LREM law is an illusion. Nothing on arduousness, on working time, night work, the prevention of sexual violence". It "marks a degradation of health services at work", accused the ecologist Raymonde Poncet Monge.