Green light from the Senate to a single statute for the self-employed, protector of personal heritage 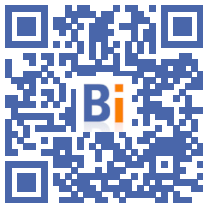 The Senate dominated by the right-wing opposition adopted on Tuesday at first reading a bill carried by the Minister in charge of SMEs Alain Griset which provides for a new single status for self-employed workers, protector of their personal assets.

"It is one of the pillars" of the plan to support some three million self-employed workers presented on September 16 by President Emmanuel Macron, the minister said. It is articulated with two other components which fall under the draft budget and the social security financing bill for 2022.

The bill will now go, probably at the beginning of January, to the National Assembly, which will be able to revisit the modifications made by the Senate. The executive aims to implement all the measures "after the first quarter of 2022".

According to Mr. Griset, it responds to "a threefold objective: to protect the self-employed in the face of life accidents, to support them from the creation of a business to its transfer, to simplify their procedures".

The minister must know on December 8 the decision of the Paris Criminal Court, while the prosecution requested against him 10 to 12 months suspended sentence for failing to declare part of his assets.

The bill aims first of all at the creation of a unique statute for the individual entrepreneur, protector of personal heritage. It is a long-standing concern of independents.

Individual entrepreneurs would thus be holders of two assets, one professional, the other personal, which would be elusive in the event of default, whereas today only the main residence is protected in the event of difficulties.

Welcoming "an undeniably daring reform", the rapporteur of the text in the Senate Christophe-André Frassa (LR) nevertheless proposed a complete rewrite of the article, "to strengthen the legal robustness of the new statute".

The senators thus clarified the demarcation between the two heritages. They also reduced the "wide exceptions" to the principle of separation of assets provided for by the text for the benefit of the tax administration and social security organizations.

On the left and on the right, concerns have arisen about the attitude of creditors, especially banks, who could bypass the protection offered by the new statute. "He will not stand the test of practice," said the president of the Communist-majority CRCE group Eliane Assassi.

Another important provision of the text, to keep the presidential commitment to open unemployment insurance to the self-employed: the conditions of access to the allowance for self-employed workers (ATI), considered too restrictive, are extended to any total and final cessation. activity that is not economically viable. It will no longer be necessary to have gone through a liquidation or a reorganization to be able to benefit from this allowance of a lump sum of 800 euros per month for a maximum period of six months. And this every five years.

A decree will relax the minimum activity income criterion, which would now be at least 10.000 euros over one of the last two years of self-employment.

Against the advice of the government, the senators introduced "a review clause" as of October 31, 2024, with the obligation of a consultation of the social partners at the latest six months before on the balance sheet and the prospects of the ATI.

Mr. Griset underlined that this "system of justice is intended to be a lasting system".

The bill intends to further facilitate the transfer of businesses and simplify the financing of vocational training.

With the advice of "wisdom" from the government, the Senate passed an amendment providing that the activity of grooming dogs and other pets may only be performed by a qualified person.

The left abstained on this bill which "does not sufficiently meet the objective of protection", lamented the socialist Florence Blatrix Contat.

For Claude Malhuret, president of the political group Les Indépendants, "these apparently technical measures have the great merit, in the country of administrative and fiscal complexities, of simplifying the life of the self-employed".