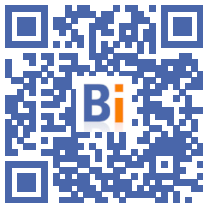 Subject to flexibility, the Senate with a right-wing majority approved, as part of the text on decentralization, the extension of the SRU law obliging certain municipalities to have a minimum number of social housing.

The 3Ds bill (differentiation, decentralization, deconcentration and simplification), examined at first reading by senators since last Wednesday, eliminates this deadline to allow a "sliding catching up" of the social housing deficit.

It creates a "social mix contract" between the prefect, the mayor and the president of the intermunicipal association, in which the pace of catching up to the deficit can be adapted.

The Minister for Housing Emmanuelle Wargon greeted Monday evening in the SRU law of Communist Minister Jean-Claude Gayssot a "very strong solidarity" text and welcomed that "the mechanics continue".

"We must set realistic appointments for mayors", without a deadline or "incantatory" objectives, supported the rapporteur for opinion Dominique Estrosi Sassone (LR), ensuring that it is not a question of "distorting" the law SRU.

But "there is the will of certain municipalities not to accommodate social housing", recalled Sophie Taillé-Polian (environmental group), while the communist Pierre Laurent called for "an ambitious sustainability".

The text also reviews the exemption criteria, notably replacing the criterion of insufficient service by public transport by a criterion of isolation.

Of the 224 municipalities exempted, 24 are exempt for lack of construction, 50 for "low pressure" on the demand for social housing and 150 for insufficient service.

Several senators, from the right but also Alain Richard (RDPI group with a majority En Marche), underlined "the physical impossibility of achieving the objectives" for certain municipalities not exempted when the land is lacking, which the bill does not anticipate according to them. "We are in objectives which would be similar to the Soviet Gosplan", launched Max Brisson (LR).

The senators have adopted several provisions aimed either at relaxing the obligations or at removing the sanctions applicable to municipalities that have not achieved the objective.

"A large number of sanctions are ineffective, even counterproductive", according to the rapporteur, joined by a number of elected officials who have acted as spokespersons for the mayors.

The senators suppressed the automatic resumption by the prefect of the right of urban preemption when he noted the "deficiency" of a municipality with regard to its obligations of construction of social housing.

They have enshrined the principle of prohibiting the construction of very social rental housing in municipalities with more than 40% of social housing, in order to promote "social diversity". It is "an anti-ghetto rule", argued Ms. Estrosi Sassone, while the government said "share the goal but not the means".

Members will be able to revisit these provisions when they in turn have the text before them.

Among the other relaxations, the senators have planned to exclude from the count of the main residences housing in barracks of the gendarmes and soldiers of the armies. For LR president of the Economic Affairs Committee, Sophie Primas, these housing units "worsen the deficit of municipalities which have significant military establishments on their territory".

On the other hand, a whole series of amendments aimed at counting as social housing prisons, reception areas for travelers or social structures and emergency accommodation were rejected.

The one on prisons made Emmanuelle Wargon jump, "fundamentally hostile to the assimilation of social housing and prisons".