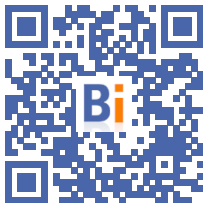 The Lyon Metropolis voted in favor of the continuation of the “Arena” hall project of the Olympique Lyonnais, which provided guarantees on the environmental impact of an initiative that had cracked the environmental majority.

The metropolitan council voted by a large majority to make the Local Urban Planning and Housing Plan (PLUH) compatible, necessary for the construction of a "multifunctional" room on an industrial wasteland near the Parc OL, where the club of football evolves in Décines-Charpieu (east of the agglomeration).

At an estimated cost of 140 million euros, the "Arena" should host 80 to 120 events per year: concerts, shows for young audiences and business seminars, as well as sporting events, including Euroleague matches. Asvel, a basketball club chaired by Tony Parker and of which OL is a shareholder.

During a previous vote on the project last December, the EELV president of the metropolis, Bruno Bernard, had suffered a sling within his majority and the deliberation at the time had only been adopted thanks to the opposition.

The metropolis then indicated that it would demand guarantees from the OL to reduce the environmental impacts of the construction and operation of the building, a commitment not to organize concerts of less than 6.000 seats so as not to compete with the small ones. concert halls in the agglomeration, and reduce the nuisance associated with car access to facilities.

In a statement, Olympique Lyonnais "welcomed" the favorable outcome of Monday's vote, specifying that they had agreed to several changes to their project.

"The footprint of the building has in particular been reduced by 11%, while the open spaces will represent 30% of the plot, an increase of more than 50% compared to the initial project. Likewise, the roof of the Arena should be composed of a vegetated surface, as well as photovoltaic panels ", indicates the club of Jean-Michel Aulas.

OL also announces the "establishment of a policy for the integration of people excluded from employment" and its participation in two metropolitan projects: the construction of a footbridge over the eastern ring road and the construction of 'an ecological corridor to the south-east of the future enclosure.