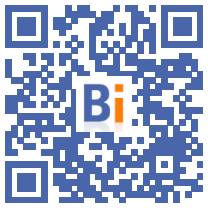 The Minister Delegate for Housing, Olivier Klein, gave the green light on Tuesday, November 29 to a rent control in Marseille, strongly desired by the left-wing municipality to fight against housing difficulties in the poorest large city in France.

"I received the file last Thursday" and "I want to say here my agreement that we can regulate rents in Marseille", declared the minister at the end of the first general assembly of housing in the second city of France, assuring that this request will be "a priority" of his administration.

Rents are already regulated in Paris and in 18 municipalities of Seine-Saint-Denis as well as in Lille, Montpellier, Bordeaux, Lyon and Villeurbanne.

The Aix-Marseille-Provence metropolis led by Martine Vassal (right, Les Républicains) has submitted a file which provides for supervision only in Marseille, and not in the 91 other municipalities of the community, some of which, like Cassis, are popular seaside resorts.

Here she responds favorably to a repeated request from the mayor of Marseille, Benoît Payan. The metropolis, she fears that such a measure "will come to seize up the system even more" and in particular construction while Marseille has 40.000 slums and as many requests for social housing pending.

With these Estates General, the left-wing municipality showed that after schools, it wanted to carry the housing project which is not its direct competence, after several fatal tragedies of unsanitary housing.

In 2018, two dilapidated buildings collapsed on rue d'Aubagne, in the city center, killing eight people. In 2021, a fire in a degraded and squatted city, the Flamingos, killed three people.

It is "a moment of changeover in the mandate", estimated the deputy mayor Patrick Amico. “We are ready for a reinforced and unprecedented cooperation between our two institutions”, added the vice-president of the metropolis for Housing, David Ytier.

About thirty proposals thus emerged from these two days of consultation.

Among them, the "rental permit" - a device which makes it possible to check that the accommodation is up to standard - for the moment tested around Rue d'Aubagne, could be extended to other central districts and for a test in some of the city's 13 large run-down condominiums.

However, the cornerstone of this subject is still missing, the Local Housing Plan (PLH) 2023-2028 - a crucial tool for establishing the housing strategy in a territory - which the metropolis promises to detail at the start of 2023.

A priori, the communities would commit to an annual rate of construction of 11.000 housing units, of which approximately 40% in Marseille. A territorial rebalancing is also necessary in this territory notoriously known for its shortcomings in terms of social housing.

Recalling "the urgency" for the Metropolis to have a PLH, the regional prefect Christophe Mirmand had told AFP that "the State calls for its adoption by the first half of 2023".

"We want to include in the law a technical control of the habitat", also pleaded Benoît Payan who also calls for a reinforcement of the penalties incurred by the slum landlords or the possibility of expropriating in very degraded condominiums.

The minister promised without further details to submit these proposals within the broad consultation on housing launched Monday within the National Council for Refoundation (CNR) wanted by Emmanuel Macron.