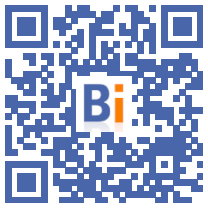 The gendarme of the Spanish Stock Exchange gave the green light on Wednesday to the partial takeover bid launched on the energy group Naturgy by the Australian fund IFM which undertook, under pressure from the government, to maintain activity in Spain.

The stock market authority (CNMV) "authorized the partial takeover bid" for 22,69% of Naturgy, formulated by IFM which "accepted all the conditions" set by the government, she announced. in a press release.

The Australian fund required the approval of the leftist government of Pedro Sanchez, given in early August, because in March 2020 the latter tightened the rules on foreign investments.

Under this reform, foreign companies wishing to acquire more than 10% of a Spanish company considered strategic like Naturgy must obtain the green light from the Council of Ministers.

IFM is therefore committed to maintaining the group's headquarters and activity in Spain and to guaranteeing prudent financial management, support for fundamental investments for the energy transition and maintenance of the stock market listing.

The Ministry of the Economy also demanded that a "significant part of the group's workforce" remains in Spain and that the group does not lose control of its subsidiaries.

IFM announced in January its intention to launch a takeover bid (takeover bid) for 22,69% of the capital of the Spanish energy giant Naturgy, for a maximum amount of 5 billion euros.

The former Gas Natural Fenosa renamed itself Naturgy in 2018, signaling its desire to become a global energy operator outside the gas sector alone, and to diversify in particular into renewable energies.

Naturgy has notably invested in wind and solar power in Spain, Australia and Chile.