Green light for the 20-meter elevation of the Montparnasse Tower 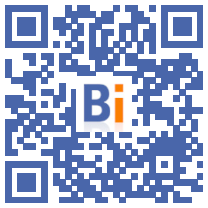 The Paris administrative court has given the green light to the private project to renovate the Montparnasse Tower, approved in 2019 by the City and which provides for an elevation of 20 meters with the addition of an agricultural greenhouse at its top.

"There is now no longer a legal brake when starting work." The court validated Thursday the building permit issued by the City, ruling on the project of the Ensemble Immobilier Tour Maine-Montparnasse (EITMM), the co-owners of the tower, in accordance with the local urban plan (PLU) of the capital itself. "if it does not comply with the maximum height rules provided".

However, exceptions to these rules are possible "when the modifications of an existing building allow it to be brought up to standards and the improvement of its energy performance", estimated the court to justify its green light, based on the documents which anticipate "significant energy savings" and "better sound insulation".

"Materials and construction techniques more in line with today's challenges and standards were chosen", also affirms the court for whom the thickening of the first 13 floors, added to the change of the glazed facades, will make it possible to "strengthen the 'insulation "and" to cut the downdrafts which fall on pedestrians and residents ".

"From an aesthetic point of view, the rehabilitation of the Tower is accompanied by architectural research leading to a harmonious result," said the court again, seized by an opponent of the project.

Baptized "Demain Montparnasse", the winning project, carried by the group of architects Nouvelle AOM, aims to "restore a strong, innovative, dynamic and modern identity" to the tower erected in 1973, the highest in Paris (209 meters) after the Eiffel Tower.

In 2019, this project raised the opposition of several associations for the defense of the environment and the landscape, dissatisfied with the heightening.

Work was initially due to start in 2019 so that the new tower would be ready in 2024, for the Olympic Games.