Green hydrogen will become cheaper than its fossil competitors 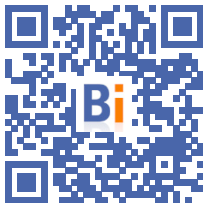 Hydrogen from renewable sources will cost less and less and become competitive against hydrogen from fossil fuels, and even, in some cases, against natural gas, according to a BloombergNEF study published Wednesday.

The so-called "green" hydrogen is produced by electrolysis of water using electricity of renewable origin (wind, solar or hydroelectric).

In this form, this gas with multiple uses is still very expensive to produce. But BloombergNEF, a research center dedicated to the energy transition, has downgraded its cost forecasts for the future, due to the expected drop in solar electricity prices.

"We now believe that photovoltaic electricity will be 40% cheaper in 2050 than we thought just two years ago," thanks to a series of technical advancements, write BNEF experts in a report.

"The costs of producing green hydrogen from renewable electricity are expected to drop by as much as 85% by 2050," conclude the authors, who cite a cost of less than $ 1 per kilogram in most of the 28 markets. studied.

This green hydrogen will cost less by 2030 than "blue" hydrogen (of fossil origin but produced with capture and sequestration of CO2) in all these markets.

It will then end up being more competitive than "gray" hydrogen, which is very harmful for the climate (of fossil origin and without CO2 capture) by 2050.

By this time, green hydrogen will even cost less than natural gas in 15 of the 28 countries studied (representing a third of world GDP).

"Such low costs for hydrogen from renewable sources can completely redesign the energy map," said Martin Tengler, analyst at BNEF.

"In the future, at least 33% of the world economy could use clean energy without spending a dime more than for fossil energy," he said.

The expert warns, however, that this greening of hydrogen will need "continued support from governments" to get there.

Hydrogen is currently arousing great interest because it is clean during use: as fuel in an engine, it emits only water vapor.

It could thus play an important role in the decarbonisation of industry or heavy transport, provided that it is produced without emitting CO2 and other pollutants. But to this day, it is still essentially the result of an energy-intensive process based on coal or gas.