Green hydrogen: 10 billion euros in economic benefits in France by 2030 for manufacturers of electrical equipment 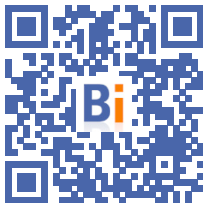 Green hydrogen, produced from the electrolysis of water, is on the rise. A carrier of carbon-free energy needed to achieve the 2050 carbon neutrality objective, it offers the prospect of freeing France from dependence on fossil fuels, the geopolitical consequences of which we are now observing.

With the market study by GIMELEC, the professional union for the digital electronics sector, published on April 14, the colossal economic potential that carbon-free hydrogen represents in France is now known, estimated at up to 10 billion euros in cumulative by 2030 for manufacturers of electrical equipment and automation, including a large proportion of SMEs and ETIs.

For Rodolphe de BEAUFORT, Deputy General Delegate of GIMELEC: “Hydrogen is already widely used in industry in its so-called gray form, ie produced from fossil fuels. Today there is a real resurgence of interest in replacing it with its green, or low-carbon form, a collateral consequence of the explosion in the price of gas linked to the war in Ukraine. We hear a lot about hydrogen for its use in transport, from cars to trains and light aviation. The GIMELEC study shows that the environmental and energy performance of hydrogen is played out above all and first in industry. It is there, in the short term, in steel, chemical and refining plants that it allows the greatest gain in terms of decarbonization. We are talking about 11 million tonnes of CO2 that can be avoided each year, or 15% of industry emissions. »

Several gigafactories of electrolyzers are about to come out of the ground in France: Aspach (2022), Béziers (2023), Belfort (2024), and Vendôme (2025). They will have to meet the needs that will explode by 2030. The GIMELEC study confirms the potential of approximately 6,5 GW of electrolysers to be installed by 2030 in France, then 18 GW over the following decade. These potentials, broken down into the seven main industrial regions of the country, highlight the challenge of building the necessary infrastructure. This potential should be taken up in the next National Low Carbon Strategy so that France mobilizes for the decarbonization of its industry and then the promotion of clean mobility alternatives, in addition to direct electrification. The success of France's hydrogen strategy will largely depend on the mobilization of industrial players, manufacturers of electrical equipment and infrastructure, to coordinate their efforts and thus respond to the exponential growth of this market. This is all the more necessary as international competition is taking hold, particularly in Asian countries.

For Rodolphe de BEAUFORT, Deputy General Delegate of GIMELEC: “Yes, we identify strong growth potential reaching, from 2030, 3 billion euros per year in economic benefits for manufacturers of electrical equipment in France. Yes, there will be massive recruitments, in particular in the territories where the hydrogen development efforts will be concentrated, in the Mediterranean and in the Seine Valley, but also everywhere on the national and European territory, in particular in the factories. electrotechnical components that are the basis of these new energy infrastructures. But this requires the entire industrial ecosystem to work together. This is the whole purpose of the hydrogen group set up by GIMELEC following its study: to bring together technology suppliers to serve the development of industrial capacities and the competitiveness of this sector. »