Green belt or land opportunity? In Paris, the future of the device under debate 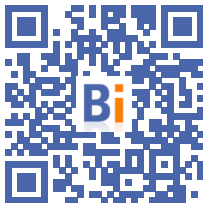 Anne Hidalgo wants to make the Parisian ring road, on the menu of a debate Tuesday at the Council of Paris, a "green belt" of the capital. But the will of the mayor of the capital arouses criticism, including within its left-wing majority.

Soon to be 50 years old - in 2023 - and still just as important: the 35 km ring that encircles the capital remains an essential travel axis for Ile-de-France residents, with more than a million trips per day.

And also a vector of air pollution, with thresholds up to six times higher than those recommended by the World Health Organization (WHO), and of noise, recalls the socialist mayor of the capital, who wants to create an "urban boulevard" by 2030.

This transformation involves the standardization of the axis with two times three lanes, including one reserved for buses, taxis and carpooling, the planting of 50.000 trees and the redevelopment of the gates to erase its appearance as a border between Paris and its suburbs.

The abolition of a lane arouses the opposition of the right-wing president of the region, Valérie Pécresse, and the cold reserve of the prefect of police, Didier Lallement, who recalled in May that the mayor could not do without the agreement of the state on this matter.

Through the voice of Nicolas Jeanneté, the right-wing opposition asks the municipality to set up a "global mobility plan for Paris and Ile-de-France instead of piling up plans that do not coordinate".

"Coherence" on the left

The opponent Maud Gatel (MoDem) proposes the closure of certain access ramps to reduce the effect of congestion. As for the communist allies, they are calling for alternative transport solutions, such as a circular metro line or the revival of the small railway belt for freight.

On her left, Anne Hidalgo must above all do with the undisguised criticism of her environmental allies.

They are calling for the lowering of the maximum speed from 70 to 50 km / h - a campaign promise from the left in 2020, they recall - and a moratorium on constructions located less than 150 m from the ring road.

In recent years, "the work of associations has demonstrated the alarming disappearance of green spaces adjoining the ring road in favor of buildings, most often offices", they uncheck in a text.

In addition to the need for green, "we must not recreate a new border with new offices, as we are creating them at the Porte de Montreuil and de Vincennes", told AFP the elected EELV Emile Meunier, who wants "stop exposing employees to pollution".

Porte Maillot, Bruneseau, Bercy-Charenton: environmentalists have "regularly opposed construction projects around the ring road", recalls his colleague Aminata Niakaté, for whom "we need consistency between what we say and what we do".

These cracks within the majority are a boon for the opposition. "The surroundings of the ring road are seen as a financial windfall" by the left-wing executive, castigates Valérie Montandon (LR). An observation shared by Danielle Simonnet (LFI), who targets Anne Hidalgo's "false hypocrisy".

For Nicolas Jeanneté (Les Centristes), the felling of more than 70 trees at Porte de Montreuil, where several office buildings are to come out of the ground, thus undermines the "illusory desire to make the ring road a green belt".

The legacy of the Missika years, the former town planning assistant at the origin of now contested projects, is heavy to bear for his successor Emmanuel Grégoire.

On Friday, he defended on Twitter the "green" balance sheet of the socialists: parks created on the covered ring road at Porte des Lilas and Vanves, railway wasteland converted into an eco-district with a large park in Clichy-Batignolles.

Highlighting the flattening of Bercy-Charenton, the first deputy promises "50% revegetation in future development operations" and "more than 50% social housing" in the rehabilitation of working-class neighborhoods on the edge of the axis.

Bothered by the cancellation of the building permit for the so-called "Thousand Trees" building-bridge, which the administrative court deemed "likely to harm public health", Mr. Grégoire promises that "all urban projects has been revised" to stick to the future local urban plan.

This PLU must be completed in 2023 with, he promises, a "very high level of environmental requirement".