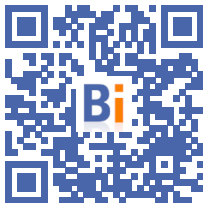 Faced with recruitment tensions, the government unveiled on Monday a plan which includes the release of 1,4 billion euros, including 900 million in 2021, and aims to train more employees and job seekers. Here is the essential on this plan.

Jean Castex evoked, by presenting this plan from a training center in Châtellerault (Vienne), the "extremely serious problem" of tensions on the labor market.

At her side, Élisabeth Borne pointed out "the paradoxical situation" consisting in having companies "which do not manage to recruit" and "unemployed people who do not manage to find a job".

The government is counting in particular on the reform of unemployment insurance to "encourage work, the return to employment and this, on less precarious contracts", underlined Mr. Castex, the new method of calculating benefits entering into force on October 1.

The executive is also counting on strengthening the "attractiveness of the professions" which involves sector negotiations, some of which are already under way.

The third response, the "heart of the new measures" presented Monday, according to Mr. Castex, is "investment in skills" which aims to train employees and job seekers, especially long-term.

The government intends to mobilize an additional 1,4 billion euros over 2021 and 2022, including 900 million starting this year for vocational training, with the objective of training 1,4 million job seekers in 2022. For this year, the plan is financed by redeployment, in particular via emergency appropriations budgeted for the health crisis.

The government also intends to promote professional retraining thanks to the device of "collective transitions", so that employees whose jobs are threatened turn to jobs that are recruiting.

This device, launched at the beginning of 2021, and which "was slow to take off" according to the Prime Minister, must be more accessible to SMEs. It can also be used in the context of a collective contractual termination (RCC).

As part of the Skills Investment Plan (PIC), launched at the start of the five-year term, an additional 560 million euros will be allocated to train 1,4 million job seekers in 2022.

According to the government, currently "more than 1 million people seeking employment are trained each year, against 600.000 before the + PIC +".

The government still intends to "beef up" these formations. The idea is to make it possible to finance new actions "targeted towards shortage jobs, largely based on in-company training, in a work situation, which has the highest rates of return to employment (up to 85%). %) ".

To support more specifically long-term job seekers (more than one in two registered with Pôle Emploi), the government is counting on "remobilization" actions and assistance with hiring.

Thus, 240 million euros will be devoted to extending the hiring aid of 8.000 euros within the framework of professionalization contracts, throughout the year 2022. Ms. Borne affirmed that the "objective is to increase by a third the number of these contracts signed with long-term job seekers ".

Pôle emploi has also committed to recontact all long-term job seekers by the end of 2021 and guide them towards the new measures of the plan.

For very long-term job seekers (registered for more than two years), the operator will also offer a more intensive "remobilization course". Tested in 12 branches until December, this route will then be gradually generalized. All very long-term job seekers will be offered these courses by the end of 2022. For this, a thousand agents recruited in the fall of 2020 in anticipation of an explosion in unemployment which has not that took place will be redeployed.

During a trip to a Pôle Emploi agency in Vitry-sur-Seine (Val-de-Marne), Elisabeth Borne finally announced the release of 70 million euros for a new social and psychological support service to raise " brakes ", such as health, which can block a return to work. Pôle emploi's innovation budget will be increased by 20 million euros to support the best local initiatives in agencies to remobilize these unemployed people.