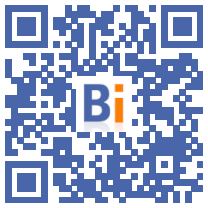 Regional referents, indicators: two years after the launch of the “ETI nation strategy”, the government presented new measures on Wednesday 5 January to promote the development of mid-size companies.

Ten new "actions" should help these companies become "more competitive and engaged," according to a press release co-signed by five ministers and state secretaries.

"ETI referents" will thus be appointed in each region. They will have to serve as "single interlocutor, which can coordinate all the subjects of an ETI, so that it does not get lost between the many services of the State", specified the Ministry of the Economy and Finances.

Another flagship measure: the creation of an indicator to monitor production taxes paid by companies.

The government also wishes "to improve knowledge of mid-cap companies as well as taking their characteristics into account, in particular by identifying this category as soon as possible in the work of surveys and statistics".

"You represent 3 million jobs in France, it is considerable", underlined Bruno Le Maire Wednesday evening in Bercy in front of representatives of the ETI and several members of the executive.

The Minister of the Economy and Finance detailed three "responsibilities" of the government towards mid-cap companies: "further lowering production taxes", "lowering the charges" weighing on the most qualified employees and "offering the lowest possible financing conditions. more favorable possible. "

In return, "continue to hire in France, to invest in France, promote the France brand!", Bruno Le Maire urged them, for whom "the mid-cap companies must become the spearhead of the French industrial reconquest."

The beneficiaries of the ETI Nation Strategy on Wednesday made several other "commitments": by 2025, they are targeting 5% work-study students in their workforce and want to increase the professional equality index of ETIs by 10%.

"The global indicator announced by the government in order to follow the evolution of production taxes must be welcomed", welcomed the co-presidents of the Movement of intermediate-sized enterprises (Meti), the representative organization of mid-size companies, Philippe d ' Ornano and Frédéric Coirier, cited in the press release.

Mid-size companies bring together companies with between 250 and 5.000 employees and a turnover of 60 million euros to 1,5 billion euros. In 2019, there were more than 5.500 in France, according to figures from INSEE cited by Bercy.