Government launches ratification of ILO Convention on harassment at work 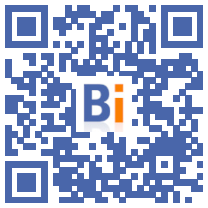 The government will present "early June" in the Council of Ministers a bill to ratify Convention 190 of the International Labor Organization (ILO) on violence and harassment at work, we learned from the ministry .

The CGT, FO, CFE-CGC and CFDT echoed this government project on Tuesday in an open letter, speaking more specifically of June 2, and deploring that the government is moving towards a "dry" ratification. , not accompanied by legislative or regulatory changes.

The ILO, a United Nations agency bringing together governments, employers and unions from 187 states, adopted in June 2019 this first international treaty on violence and harassment at work.

"The bill which is ready to be examined in the Council of Ministers is a bill of dry ratification", since "our current law is in line with what the convention provides" and that "if there had been any additional measures to be taken that is not in this bill that we should have done, "explained the Ministry of Labor.

In their letter, the unions demand the opening of a tripartite consultation - bringing together government, employers, unions - "on the different scenarios of ratification" of ILO Convention 190.

Such consultation would make it possible to integrate into French law the recommendations of "recommendation 206", which accompanies the Convention.

This text provides in particular for "temporary protection of victims of domestic violence against dismissal".

"The government says that we can ratify without modifying French law. For the Convention, it is true. If we take the recommendation into consideration, we consider that French law must evolve", explains Béatrice Lestic, secretary National CFDT in charge of women's rights.

Taking domestic violence into account is a "complicated subject" for companies, "it requires that we speak to each other!", She believes.

Ms. Lestic points to other subjects on which, according to the unions, it would be opportune to legislate: the compulsory establishment at company level of prevention plans, or the training of managers, on which we could be "more prescriptive".

The government does not wish for the moment to go through the legislative and regulatory means, preferring to work "in a concrete and practical way" to improve the existing tools.

The ministry evokes "two avenues of work", one consisting in urging the social partners to mobilize at branch level "to carry out preventive actions", and the other aiming to make available to all employers and all employees "a training tool" in matters of harassment.