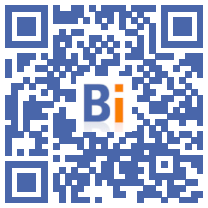 The government announced on Monday an upcoming reform of the emergency accommodation policy, to put a definitive end to "piecemeal" management by establishing multi-year programming according to the needs of the territories.

For several years, the State has created emergency accommodation places each winter for the most precarious before closing them again in the spring that comes with the end of the winter break.

The Ministry of Housing broke with this "thermometer management" with the Covid-19 crisis, announcing on May 21 that it was keeping the 43.000 emergency accommodation places created since the first confinement (March 2020) open until at the end of March 2022 at least.

In total, more than 200.000 homeless are currently accommodated in accommodation centers or hotels.

Housing Minister Emmanuelle Wargon said in a press release published Monday "necessary to put an end to management in an emergency and to build a structural policy, with long-term visibility, in conjunction with associations", that she received the same day.

In a letter addressed to Pascal Brice, president of the FAS, Emmanuelle Wargon says she is "very favorable to the principle of a multi-year programming of accommodation and Housing First".

This programming "will make it possible to have visibility on the number of places over 5 years, and to plan, program, anticipate and transform the places according to the needs of the territories and the public", details the Minister in her press release.

"It will improve support for people by offering them dignified and appropriate solutions," the minister continued in the press release.

The Minister instructed the Interministerial Delegation for Accommodation and Access to Housing (Dihal) to lay the foundations for this programming with the FAS and the actors of the sector, for a report of the working groups in the first quarter of 2022.

"It is a real satisfaction, an important political signal in the extension of the decisions taken at the end of the winter break, which shows the will of the government to change approach and culture", reacted to AFP Pascal Brice .

However, he considered "important that these discussions succeed and that the decisions taken by the government" from the winter of 2021-2022 are "in accordance with this approach before the authorities of the next five-year term take hold of it".