Go green after the Covid? Dreams but still few acts 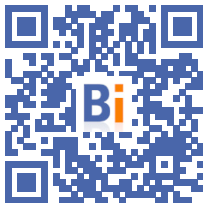 Leaving the city and its cramped spaces for the countryside and the great outdoors: these aspirations dreamed of during confinement have somewhat influenced real estate dynamics, without revolutionizing the market.

"We are far from the cohorts of city dwellers who flee the cities," recalled Frédéric Violeau, president of the Notarial Institute of Real Estate Law, during a round table at the Ministry of Housing on August 31.

If the number of transactions in France has significantly increased since the end of the first confinement, to a record level since 2000 over a year, the major changes of places of residence have not multiplied so much: 26,7% of people who have moved in the second half of 2020 changed departments, compared to 23,5% over the same period a year earlier.

"This is a notable trend, but not massive," comments Mr. Violeau, referring to other signals such as the marked drop in transactions in intramural Paris, accompanied by a drop in prices and a more pronounced departure towards the near suburb. "We can make the same observation in other metropolises like Lyon or Toulouse".

But employees remain attached to their employment pool. "We are witnessing a desire for + connected disconnection," with a desire to live further away from the workplace while being operational ", in particular thanks to remote work, estimates the notary.

Beyond work, "envisioning a change in life raises many questions, for example on the attractiveness of school and training offers", explains Henry Buzy-Cazaux, president of the Institute for the management of real estate services.

Medium-sized cities have benefited from the recent departures which have taken place from the heart of metropolitan areas, contrary to the trend observed over the last decade.

Indeed, the price increase (+ 4,5%) was more dynamic in around forty cities not appearing in the ten largest in France, than in these ten cities (+ 4,1%), according to the data. published Tuesday by the specialized platform Best Agents.

Thus, in Quimper or Reims, prices have climbed twice as fast between 2020 and 2021 than the average for the previous three years.

At the start of the 2000s, "there was still strong competition between cities and regions. Metropolises wanted + to kill + medium-sized cities on their periphery, which themselves did not want small municipalities to become more attractive" , describes Henry Buzy-Cazaux.

From now on, "this is no longer the case. A city knows that if it has no alternative to attract candidates, it will congest its territory. Bordeaux wants cities like Angoulême or Pau to take over", continues -he.

"For a year, the country houses have regained a little air. We are doing transactions again, while this was almost no longer the case between 2010 and 2015", notes Olivier Colcombet, president of the real estate network Optimhome.

"This must be an opportunity for these properties, because there is now an economic interest in renovating them, putting them back on the market," said Minister for Housing Emmanuelle Wargon during the round table, announcing a reflection on the "quality of supply" of these accommodations.

Another challenge, "we must be able to link the needs of current residents and future residents", so that the latter is well accepted by the former, warned Juliette Auricoste, director of the small towns program.

"We must be careful that the revival of medium-sized towns and small towns does not translate into a conflict of identity" between the old inhabitants, who can sometimes suffer from the rise in prices, and the new ones, also noted Ms. Wargon. .