Global warming: what electrical impact of the deployment of air conditioning in French homes by 2050? 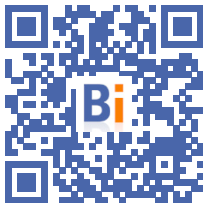 In a context of rising temperatures linked to global warming, Colombus Consulting, a management consulting firm, in partnership with the company specializing in the assessment of climate risks Callendar, publishes a study devoted to the electrical impact of the deployment of air conditioning within homes.

Based on real data from the Provence-Alpes-Côte-d'Azur region and those extrapolated to 2050, it reveals that air conditioning can double daily electricity consumption in the worst-case scenario and therefore household energy bills. .

Temperature gradients are already having an effect on consumption: 15°C higher than normal in summer leads to additional consumption of 2,5 EPR, whereas air conditioning equipment is currently marginal. This situation could occur regularly as early as 2050.

“The latest IPCC reports again warn of global warming and the vulnerability of populations to heat waves that are set to multiply and intensify. In these less and less bearable conditions, the use of air conditioning is increasing and equipment is multiplying in homes as people seek to cool off. Air conditioning then goes from a role of comfort to that of a prevention and public health tool, especially for the most fragile and precarious. As a result, household electricity consumption is increasing and powering these devices is becoming a critical need for those whose health depends on it,” explains Cyril Gillot, Energy Consultant for Colombus Consulting.

When temperatures are high, electrical networks are vulnerable and their transmission capacity reduced. However, at the same time, electricity needs tend to increase with air conditioning. In France, a scissors effect is already perceptible on the infrastructures of the electricity network during heat waves and tends to increase.

With a household air conditioning rate of only 5%, RTE estimated that +250 to 300 MW consumed for each additional degree above 25°C: ie the needs of a city like Nantes. A figure that could increase sharply when the rate of air conditioning equipment increases...

What building cooling needs for 2050?

Through modeling work based on technical, climatic and human factors, the study conducted by Colombus Consulting and Callendar made it possible to represent several possible futures and to estimate the evolution of the cooling needs of residential buildings. After restitution and analysis, the following results came out:

The capacities of electrical installations are reduced with the rise in average temperatures: + 5°C compared to normal reduces the transmission capacity of power lines by 7 to 8%. Material failures, related to heat, addressed by network operators, multiply with a risk of initiation, because the expansion of the cables reduces the safety distance under the lines, causes ruptures on the buried networks as well as anomalies. transformer measurements.

The study concludes that there is a need to strengthen efficiency standards for air conditioning equipment, as well as to evolve certain strategies and public policies in order to optimize efforts and maximize effects.

What action levers for intelligent use of air conditioning?

The rise of air conditioning is representative of the new challenges of adaptation linked to climate change, particularly in cities in the south of France, thus raising questions of the environment, social justice or security for the electricity supply.

The study thus highlights solutions to limit the increase in electricity consumption and therefore the cost for households and the network:

For Cyril Gillot, Energy Consultant for Colombus Consulting: "This is a subject that must be tackled head-on in a collegial manner, by communities, States, players in the world of energy, citizens, etc. A real strategy must be thought out urgently to try to limit inherent disasters or negative impacts."