The giant acquisition of Equans by Bouygues finalized 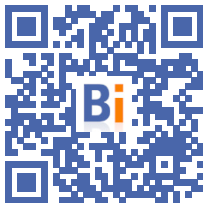 The historic takeover by Bouygues from Engie of its large multi-technical services entity Equans was finalized on Tuesday, the two groups announced, allowing the conglomerate to develop strongly in the buoyant energy transition market.

The construction giant will have paid 6,5 billion euros for this acquisition, i.e. 6,1 billion shares of Equans, plus the assumption of the company's debt to Engie (800 million euros), less 400 million euros of positive cash, he explains.

Engie indicates for its part that "this operation (it) allows it to reduce its net debt by around 7,1 billion euros".

The agreement was reached between the two groups in November 2021.

This acquisition, the largest in terms of amount ever made by Bouygues since its creation in 1952 by Francis Bouygues, enables it "to become a world leader in the buoyant market of multi-technical services whose activities are at the heart of environmental transitions. , industrial and digital," he said in a statement on Tuesday.

The new entity, which retains the Equans name and also includes Bouygues' Energies & Services division, will represent around 17 billion euros in turnover.

It will bring together around half of the Bouygues group's employees, i.e. 97.000 people (including 75.000 from Equans) in more than 20 countries, in services including electrical, climate and mechanical engineering, information and telecommunications systems, facilities management as well as the "smart city".

"The acquisition of Equans is a major step in the history of Bouygues. We are becoming a world leader in multi-technical services, and strengthening the resilience of the group", commented Martin Bouygues, chairman of the board of directors, quoted in the press release.

The Bouygues group thus saw its total turnover increase from 38 billion euros to nearly 51 billion euros. Its workforce will reach approximately 200.000 employees in more than 80 countries.

Historically known for construction, Bouygues had already diversified into telecoms (with Bouygues Telecom) and media (with TF1). But its fourth pole "Energies & Services" remained relatively modest with a turnover of 4 billion euros.

On the side of the French energy giant Engie, "the finalization of this sale is a major step in the refocusing of Engie, and allows the group to invest in the growth of its key businesses to continue to accelerate the energy transition. ", commented its chief executive, Catherine MacGregor, in a separate press release.

Faced with Bouygues, other candidates for the takeover had presented themselves, including the construction company Eiffage and the American fund Bain Capital allied to the financier Marc Ladreit de Lacharrière via his holding company Fimalac, as well as Spie.

"Bouygues' offer was the best bid with regard to all the criteria used by Engie, including financially", explained in November the energy company, 23,64% owned by the French state. and who wishes to focus in particular on renewable energies and networks.