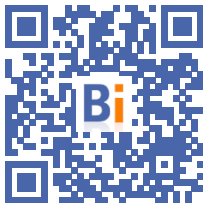 Groupe Géotec finalizes in January 2022 the acquisition of CSI, an Italian geotechnical company specializing in deep or difficult-to-access drilling. Partners for fifteen years, the two companies agree to unite their destinies to accompany the future retirement of the 3 founders of CSI and thus preserve the remarkable competence of the company within the Geotec Group ecosystem.

For the Group, this external growth allows it to set foot in Italy, with the ambition of gradually increasing CSI's skills in the Group's other businesses.

CSI, an experienced player in a niche business 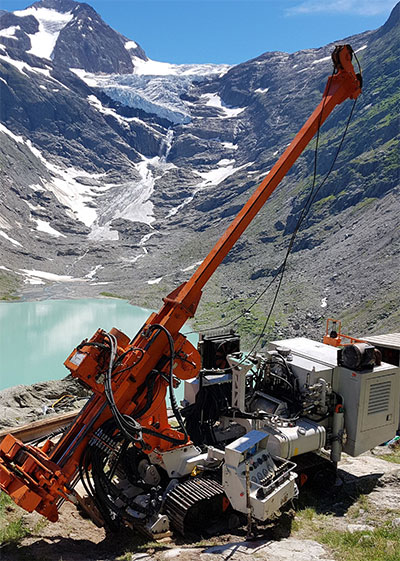 CSI was created about twenty years ago by 3 engineers and geologists. The founders chose from the start to specialize their company around two rare skills: deep surveys, from 100 to 1 meters, and surveys in difficult access, in the mountains or from galleries, for example. In the world of geotechnics, CSI exercises a niche business, but one that is essential in critical configurations, such as the drilling of a deep well, reconnaissance as a tunnel works progresses or the evaluation of the potential of a mining project.

“CSI has a rare know-how, which combines a very experienced team and equipment specially developed for specific approaches. In France, there are very few players at this skill level. » Olivier Barnoud, President of Geotec Group

Based between Milan and Pavia, CSI now has 12 employees, including 5 very experienced pollsters. The company operates in Italy, Switzerland and France. CSI achieves 20% of its turnover in our country, almost exclusively through joint markets with Groupe Géotec.

This very close partnership is the basis of the discussion that took place between Groupe Géotec and CSI. The creators have indeed reached the age of retirement and wanted a transmission that would guarantee the sustainability of the activity.

CSI, transalpine base of the Geotec Group

Integration within the Geotec Group thus provides CSI with the assurance of the preservation of its rare know-how. But it is also an offensive operation, which aims to develop CSI in Italy, France and Switzerland.

For Groupe Géotec, this takeover makes it possible to cross the Alps for the first time, with the idea of ​​gradually opening up the range of CSI's intervention capacities. But as the drilling of the main tunnel of the future Lyon-Turin line begins, it was also strategic that the competence in deep surveys or in difficult environments be preserved within Groupe Géotec.

“We are going to become administrators of CSI with my brother Frédéric Barnoud, Managing Director of Groupe Géotec, and Jean-Yves Lacombe, Head of Major Works Projects with us. And Luca Pescio, of Italian origin and who joined the ranks of the Geotec Group, became CSI's operations manager. » Olivier Barnoud, President of Geotec Group

The idea is of course that the creators of CSI can stay several more months in the company to accompany the first steps of the new configuration.

The Lyon-Turin railway tunnel, a link between CSI and the Geotec Group 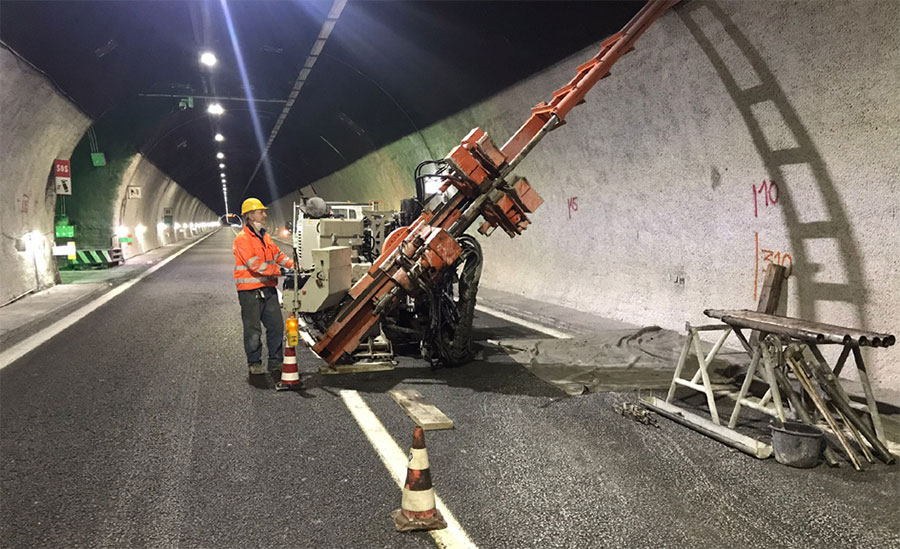 The construction of the Lyon-Turin railway tunnel was launched in 2001. It is a gigantic construction site, which should end in 2030 and employ a peak of 2 workers. The beginning of the drilling of the main tunnel, which will connect France to Italy, is planned for 800. Groupe Géotec, on the French side, participated in the realization of the preliminary studies. The company also won the slick monitoring contract on the route.

“The Lyon-Turin tunnel is an exceptional project, a showcase of many skills in the heart of Europe. It is a pride for us to be able to take part in its realization. » Olivier Barnoud, President of Geotec Group

The main works packages concern the main tunnel of the line and have been awarded for the past few months for the French side. The needs for geological and hydrogeological reconnaissance, both from the surface and in the gallery as it progresses, are as many opportunities for Groupe Géotec and CSI to demonstrate their expertise. This mission requires great experience and great technicality, with vertical and horizontal drilling, sometimes carried out under an airlock. It is also often necessary to implement specific, compact equipment. This kind of context is precisely CSI's core business.

For Groupe Géotec, the dynamic of external growth is added to a very sustained organic activity

Groupe Géotec achieved a turnover of 90 million euros in 2021, which represents growth of around 18%.

“In particular, our subsidiary Rocca e Terra is taking advantage of the new equipment we have equipped it with, namely an on-site laboratory, to make very strong progress, with a 50% jump in turnover. » Olivier Barnoud, President of Geotec Group

The two major projects in the first half of the year, apart from the Lyon-Turin Tunnel, are a major maritime environment project in Porto-Vecchio and an engineering mission, including the dimensioning of the structures, for the AFNT project (Aménagements Ferroviaires du Nord de Toulouse) in anticipation of the LGV Bordeaux Toulouse.