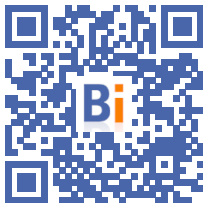 GE Renewable Energy has announced the doubling of the production capacity of its offshore wind turbine blade plant in Cherbourg (Manche), and the recruitment of 200 people to bring the site's workforce to 800.

"The site will recruit and train 200 new employees, bringing the total workforce of the plant to 800," announced the renewable energy subsidiary of the US General Electric in a statement.

These recruitments are planned by 2022, said the communication service of the company questioned by AFP. There is currently no other recruitment wave scheduled for 2022, according to the same source.

In September 2020, the president of GE Renewable Energy Jérôme Pécresse indicated that "the blade plant in Cherbourg is set to rise to 850".

Initially, GE expected a workforce of "more than 550 people" in Cherbourg "in the period of full production". The first blade left the Cherbourg plant in August 2019.

"The increase in the production workforce will (...) meet the growing demand from the offshore wind industry," said the company in its press release.

This wave of recruitments corresponds to the launch on Tuesday of a second production line in Cherbourg, according to the press release.

Construction work for the expansion of the plant will also start in the coming weeks, according to the press service. They should be completed in the first quarter of 2022 and will allow the plant's surface to be enlarged by a third, according to the same source.

This expansion represents an investment of 14 million euros including 2,1 million financed by local authorities, according to GE Renewable Energy.

The blades are produced for farms off Maryland and New Jersey, USA, as well as for what is to become the world's largest offshore wind farm off the Yorkshire coast in England.