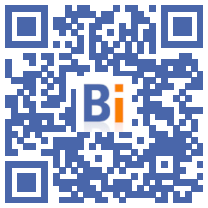 The real estate company Gecina, specializing in office real estate, announced Thursday, July 21 to revise upwards its results targets for the year 2022, despite a slight decline in the first quarter.

The group's recurring net income, a benchmark indicator in real estate, stood at 201,2 million euros, a decrease of 0,6% compared to 2021.

The group explains this decline by the sale of several buildings last year, which reduced its portfolio.

But the group's general manager, Beñat Ortega, said in a presentation to the press that he expected "a rebound in the second half".

Gecina, which also manages housing and student residences, mainly has offices in the most popular districts of western Paris and neighboring towns (Neuilly-sur-Seine, Boulogne-Billancourt).

The group has promised to set up a working group on energy sobriety in order to reduce the energy consumption of its offices for next winter, in a context of soaring energy and gas prices under the effect of the war in Ukraine.

"We really do it for our tenants, for our residents and for the general interest," said Beñat Ortega.