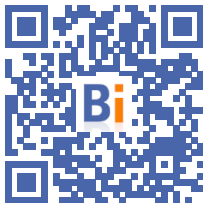 The Promojardin-Prom'animal association draws up an exceptional assessment of the garden market in 2020. Despite the shock of the first confinement, distributors benefited from an explosion in demand as soon as the restrictions were lifted. Their sales increased by 10% over the year, on the back of an acceleration in e-commerce and profound changes in consumers' lifestyles.

Although it had already proved its capacity for resilience, the garden market * experienced a real leap forward in 2020. Against the tide of a French economy in recession, its turnover increased by 10% in one year. The pandemic has given garden professionals an impetus equivalent to 5 years of growth.

The first confinement, at the start of the season, had yet dealt a severe blow to the sector. In March, distributor sales slumped 55%, compared to the same month last year. But when travel restrictions were lifted, consumers flocked to stores. Frantic purchases, which show to what extent the coronavirus crisis and health measures have strongly impacted the daily life of citizens and nourishes their need for nature.

Almost all outdoor products have benefited. A sign that gardening has become more firmly established in the habits of the French, purchases of plants for the outdoors have increased by 3% in one year, despite the heavy impact of the end of sales of bedding plants during the spring containment. But the health crisis will also have confirmed the growing appetite of consumers to do it themselves and self-production, which has particularly benefited the vegetable garden, which is on the rise.

In the wake of sales of flowers and plants, the whole world of garden maintenance has seen double-digit growth, such as the tooling and equipment sector, up 13%, garden products (+ 14%) or pots and containers (+ 13%).

Forced to stay at home, the French have also invested heavily in the embellishment and redevelopment of their exterior, as illustrated by the good growth in home improvement products (+ 13%). A sharp increase in spending, made possible in particular by savings in confinement and the reallocation of part of the budgets traditionally devoted to leisure and travel. Garden owners have also spared no expense to entertain themselves outdoors and develop their land into a real leisure center, like the surge in sales of outdoor products (+ 17%). Swimming pools in particular have enjoyed unprecedented success and ended the year with an increase of 30%. 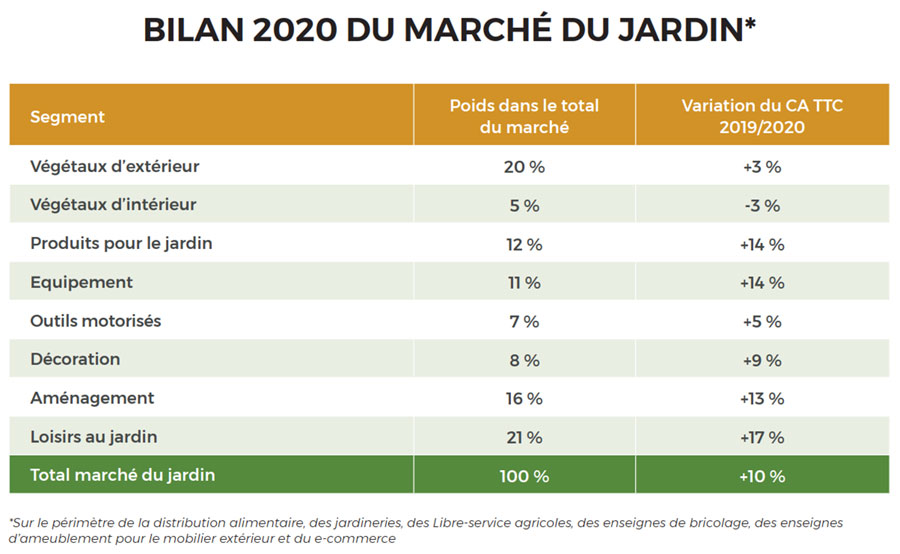 Despite this good record, not all segments were celebrating. Prevented by the few opportunities to give, indoor plants and cut flowers end up in red.

As for the circuits, the large food distribution will have been one of the big winners of 2020. Thanks to its lead taken during the first weeks of the spring confinement, it shows unprecedented growth of 15% in the garden universe. Another big winner of this atypical year, e-commerce increased by 40% last year, thanks in particular to a boom in online sales by traditional retailers.

"From confinement to deconfinement, the health crisis has upset our lifestyles and accentuated the need for nature of the French. These trends were already present before the pandemic but they are now taking on a whole new dimension. The figures for 2020 show that something is really happening in the garden market. And our members are at the forefront of this revolution. "
Hanan Abdesselem, General Secretary of the Promojardin-Prom'animal association