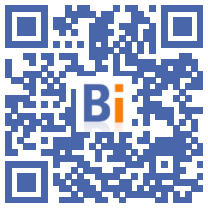 Of the 132 international applications submitted to the European Parliament, including those of Renzo Piano, Shigeru Ban and Snøhetta, Coldefy et Associés Architectes Urbanistes succeeded in seducing the jury of the European Parliament by presenting an innovative project, thought out and thought out with four other partners and co-workers. -winners: Carlo Ratti (Italy), JDS Architects (Belgium), Ensamble Studio (Spain), and NL Architects (Netherlands).

In his project, Thomas Coldefy and his partners have expressed the desire to make this emblematic building a model of virtuous, ecological architecture, open to the city and which reconnects the urban and nature.

The budget for the "regeneration" of this building of 84.000 square meters - nicknamed "the Caprice of the Gods" - is estimated at nearly 500 million euros.

Thomas Coldefy has several major international achievements to his credit, such as the Orlando massacre memorial in the United States, the Hong Kong Design Institute in Hong Kong (already delivered), the cultural and artistic mega center of Bao-Han in Shenzhen in China (under construction). He is also part of "The Good Life Magazine" ranking of architects who make France shine in the world.

This announcement by the European Parliament reinforces the reputation of French architectural know-how and its influence throughout the world, like other big names in French architecture such as Jean Nouvel or Jean-Michel Wilmotte.