France must move "at high speed" on the Lyon-Turin line 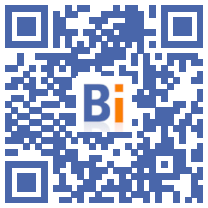 "We are already too late": the European coordinator in charge of the Lyon-Turin rail project Iveta Radicova called on Tuesday, June 28, France to move forward "at high speed" on the file by choosing the route of the access roads to the rail tunnel .

“We have been late for twenty years, today we absolutely must finalize this project”, declared the former Slovak Prime Minister during the general assembly of Transalpine, an association which brings together communities and companies supporting Lyon. - Turin.

The official welcomed the progress, on the Italian side, of the development of the access roads to the 57,5 km tunnel being dug under the Alps between the Maurienne valley (Savoie) and Piedmont, on the Italian side. Twenty TGVs and some 160 freight trains are to use it by 2030.

"I am not as satisfied on the French side," added Ms. Radicova, lamenting that the government has still not chosen the route of the access roads. A decision was expected in the first quarter of 2022, but it has not come since, as the French presidency of the European Union ends Thursday evening.

"I understand the political circumstances, President Macron does not have a majority in Parliament and it is not easy to negotiate under these conditions. But in the six years that I have been in this position, there has always been a + but + “, noted the coordinator. "It's time to make clear decisions, it's crucial. We don't want to build an empty tunnel," she insisted.

In the absence of access roads adapted to the expected traffic, the latter would be ineffective.

Europe has agreed to finance half of the access roads, the cost of which amounts to 1,9 billion euros on the Italian side (for 55 km) and oscillates between 5 and 7 billion on the French side (for 140 km) , on the condition that the two States formalize their commitments in an "act of execution". The construction of the tunnel itself is around nine billion euros.

Without a French decision in 2022, "we run the risk of missing European funding until 2027", warned Paolo Foietta, Italy's representative within the Intergovernmental Commission which is monitoring the project.

"We are in the same boat and we would not like to lose a billion," he continued before the general assembly of Transalpine.

The association, chaired by Jacques Gounon, met on Tuesday in Lyon on the occasion of the "Connected Europe Days", meetings on the theme of sustainable mobility organized until Thursday by the European Commission.