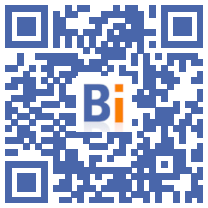 Four years after their "Grigny call", mayors of suburbs from different sides launch Saturday in Paris the "national council of solutions" to share good ideas from the local, with a first edition which focuses on education through sport .

Install dojos in vacant premises at the foot of the bars, make school sports facilities accessible outside of school time: these are some of the "solutions" that these mayors who manage priority neighborhoods intend to offer on Saturday to dozens of other elected officials, come to look for good ideas for their city.

At the origin of this movement: "the call of Grigny" launched in 2017 by a hundred mayors to defend working-class neighborhoods in the face of government budget cuts, particularly on subsidized jobs.

After the disappointed hope of the Borloo plan, these elected officials, ranging from the PCF to LR, continue their regular exchanges and come to a conclusion: "the solutions that come from above, it no longer works in France", summarizes Philippe Rio, Communist mayor of Grigny (Essonne), the poorest town in France.

"We are not in awe of the state", however nuance the elected.

This "we" includes a small handful of mayors, who have become colleagues and even friends through calls in the press and videoconferences during confinement: Catherine Arenou, DVD mayor of Chanteloup-les-Vignes (Yvelines), Guillaume Delbar, mayor DVD of Roubaix (North), Benoît Jimenez, centrist mayor of Garges-les-Gonesse (Val-d'Oise), Gilles Leproust, PCF mayor of Allonnes (Sarthe), and Philippe Rio.

"We rebelled at the same time, we found common points," explains Catherine Arenou. During confinement, they exchange weekly to "infuse each other's ideas".

During one of these remote conferences with the Minister of the City (since moved to Agriculture), they suggested the idea of ​​learning holiday camps funded by the State, local communities and town halls to fight against Dropping out of school.

The mayors want to share these “local dynamics, which can be duplicated nationally”, resumes Philippe Rio, hence this “national solutions council”, imagined a year ago on the occasion of a call to Jean Castex to better include working-class neighborhoods on the recovery plan.

The first edition - organized on Saturday morning in Paris-Bercy before the international judo tournament "Paris Grand Slam" - centered around sport. "What brings together the most people in our towns, in the evening and at weekends, is sports," said Gilles Leproust.

"We will see in use"

One of the strong ideas: the “1.000 new dojos plan for 2024” aiming to install these practice rooms in unused spaces. In Nanterre, in Hauts-de-Seine, an associative room of 100m2 is being rehabilitated for "schoolchildren, neighborhood mothers, young judokas leaving school", explains Sébastien Nolesini, director general of the French Judo Federation, partner of this first edition.

Thursday, Emmanuel Macron announced the state funding of 5.000 sports facilities for a total of 200 million euros, including 1.000 dojos on this prospect of rehabilitation, as the federation had proposed to the government.

These announcements go "beyond our hopes," welcomes Guillaume Delbar, mayor of Roubaix. "We will see in use", tempers Gille Leproust accustomed to national projects which do not find their target on the ground.

These mayors also intend to launch the "Olympic cities", projects designed on the model of educational cities, flagship measure of the Borloo plan finally validated by the government. One of the "solutions" is to open the sports facilities of schools, colleges and high schools, outside of school time.

"It seems obvious when you say it like that", adds Catherine Arenou, mayor of Chanteloup-les-Vignes, "except that it is currently absolutely impossible."