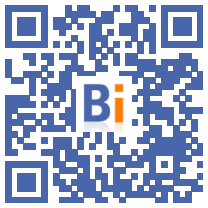 Garbage cans, planters, fountains, tree stands: the first deputy mayor of Paris, Emmanuel Grégoire, presented his inventory of Parisian street furniture on Tuesday, a "bible of intervention" for agents and service providers who will have to respond to criticism of the SaccageParis movement.

Intended for city officials and service providers (Decaux, La Poste, Enedis), the "beauty manifesto" is a four-volume development reference document which aims to clarify "who owns it, who takes care of it, who maintains," explained the town planning assistant during a press briefing.

Emmanuel Grégoire, who had launched this approach at the end of 2020, found himself overwhelmed at the start of 2021 by SaccageParis: opponents denouncing on Twitter, photos in support, the lack of maintenance of historic furniture or the choices of contested modern street furniture.

These criticisms "spurred more than inspired" the manifesto, said the right arm of Anne Hidalgo. "The irritants reported by SaccageParis are common sense irritants, it stimulated us to go faster."

For this "overhaul", the Parisian executive has set up a commission for the regulation of public space, which will be responsible for supervising the use and maintenance of new street furniture.

Priority of Mr. Grégoire, the protection of the historical furniture will materialize by a logo, synonymous with prohibition of withdrawal, he indicated.

Favorite targets of SaccageParis, the so-called Mikado wooden benches have mostly been replaced and 7.000 feet of trees will be taken over by 2024, said Mr. Grégoire, who favors a "large strip of vegetation" on an alignment of trees.

Some decried fountains will disappear, as will the models of planters in colored pots or the wooden bins, "very poorly maintained" according to him.

“We are not going to change everything overnight,” warns Mr. Grégoire.

Deployed in 2013 and 2016, the Bagatelle bins, prey to rats and crows because they are open on the side and easily twisted, will gradually disappear in favor of the Cybel models, deployed since 2019.

"City officials are very attached to the Davioud benches", underlined Anne Hidalgo's dolphin for the municipal elections of 2026, which will inaugurate on June 21, near the Town Hall, the one bought at auction by residents who offered it to the City to warn about its protection.

Mr. Grégoire also wants to continue work to remove directional signs that have become obsolete, calling for "liberating public space" from part of the 1,3 million objects present in the streets of Paris.