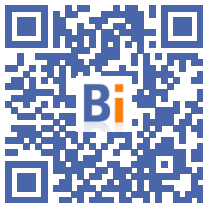 Fallen into ruins after the fall of Muammar Gaddafi's regime in 2011, the former headquarters of the Libyan dictator is squatted by dozens of families, becoming the symbol of the housing crisis affecting Tripoli.

Topped with water tanks and satellite dishes, the thick metal fence that protects Bab Al-Aziziya, the former fortified complex of Gaddafi, seems endless. In front of the front door, cars come and go while inside, young Libyans are kicking a ball.

Razed by the NATO bombings in 2011 and then vandalized by the rebels, the former headquarters is largely in ruins, but an entire area of ​​the enclosure has been transformed into a real residential area by families without housing.

They live in dozens of small houses once occupied by soldiers as well as the villas of former high-ranking officers, sometimes building garages and other buildings in rudimentary fashion.

In all, "hundreds" of Libyans came to live "after the revolution" in this area previously reserved for the military, says Bachir, 68 years old. He himself has been living since 2012 in a 400 m2 house that he has restored.

"I'm not complaining," he said, tugging at his cigarette, a beret screwed to his head. But "it cost me dearly. The house had burned down, it took me a year to renovate it," he adds.

"I will not leave"

Former personal residence of Gaddafi and HQ of the former regime, the enclosure erected in the early 80s and reinforced after the American bombardment of 1986 extends over 6 km. Located in the southwestern suburbs of Tripoli, it included a zoo, a swimming pool, a barracks and even tents, Gaddafi having always ensured to follow the Bedouin way of life.

The fortress also included tunnels which allowed the colonel to move discreetly through Tripoli.

After the fall of the regime, the transitional authorities considered converting it into a green zone, an amusement park or even a monument in memory of the "martyrs", but the political chaos that followed halted any project.

The families who have settled there live under the threat of eviction while in Tripoli, the excavators raze the anarchic constructions that have flourished over the years.

According to information obtained by AFP, the authorities are now planning to transform the former HQ into a place to walk.

"I will not leave", storm Hassan, whose first name was changed at his request and who spent the equivalent of 27.000 euros to renovate his house.

"It was in a sorry state, without doors or windows", remembers the forty-something who settled there "when Gaddafi was alive, shortly before his capture".

Ten years after the fatal hunt for the dictator in his stronghold of Sirte (north-center) in October 2011, the political situation in the country remains unstable, after years of violence and clashes between enemy factions.

The daily life of Libyans remains marked by significant shortages of cash, gasoline, electricity, to which is added a housing crisis. With a minimum wage that varies between 450 and 600 dinars (75 to 100 euros) for civil servants and a lagging banking sector, it is very difficult to obtain a mortgage.

"Housing is scarce, construction sites have stopped and prices have skyrocketed", summarizes Bachir.

"Before the revolution, housing was possible, there were fewer people (in Tripoli, Editor's note). Today, a small apartment costs around 400.000 dinars (75.000 euros). Where to find this money?" -he.

"With population growth coupled with pressure on large cities due to displacement due to the fighting, it has become difficult to find decent housing," he said.

Clashes around the capital and bloody violence in the east have put pressure on Tripoli, which has seen an influx of tens of thousands of families affected by the war.

"Rent prices have more than doubled in ten years," notes a real estate agent in Tripoli.

Recently installed to lead the transition by the holding of legislative elections in December, the new government has made improving daily life and rebuilding the country its priority.