Foreigners invest less and less in real estate in France 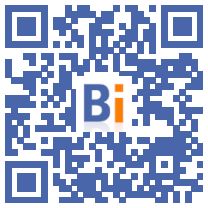 Non-resident foreigners are investing less and less in real estate in France, according to a study by the Higher Council of Notaries published on Monday 21 March.

In the Alps and in Île-de-France, the annual decreases are equivalent to that recorded for the whole of France, at -0,2 points, with respectively 1,6% and 0,7% of purchases in 2020. Among non-resident foreign buyers of housing in mainland France, the British remain the most represented in 2020 and total 22% of purchases. However, there has been a sharp drop since the referendum on UK membership of the European Union in 2016.

The median surface area of ​​properties purchased by foreigners not resident in the provinces has increased very sharply over ten years: it has gone from 77 to 95 m², ie nearly 20 m² additional.

But this increase is to be compared to the evolution of the location of the goods purchased. Indeed, if in the provinces, 48% of purchases by non-resident foreigners were made in "urban centers" in 2010, the proportion fell to 38% in 2019 and 36% in 2020.

Between 2019 and 2020, the median prices of second-hand homes purchased in France by French people residing in mainland France experienced rather homogeneous increases: from +3% in the South-West to +7% in the Littoral-Ouest. Conversely, that of goods purchased by non-resident foreigners is very heterogeneous: from +2% in Île-de-France and in the Massif Central to +30% in the Centre-West.