For the boss of Medef, inflation will last 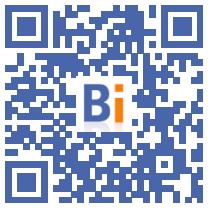 The president of the Medef Geoffroy Roux de Bézieux estimated on Saturday that France had "entered an economy of lasting inflation" in an interview given to the Sunday newspaper, the day after the publication of a new acceleration in the rise in prices.

In April, inflation reached 4,8% over one year, a level not seen since November 1985, according to an initial estimate by INSEE. In the euro zone, the figure even reached 7,5% for the same month.

"It's an environment that most business leaders have never known," worries the boss of Medef, who reiterated his request for a reduction in production taxes. "Nor will the population as a whole, who will be confronted - through the inevitable rise in interest rates - with rising prices in the crucial housing sector," he added.

"This inflation is mainly due to the increase in energy prices," European Commissioner for the Internal Market, Thierry Breton, recalled on Saturday during an interview with France Inter radio. He also notes "an inflationary dynamic" in the euro zone.

According to him, a lot of uncertainty weighs on the European economy because of the conflict between Ukraine and Russia and also in connection with "the breaks in the supply chains", in particular in China, he underlined. "Many of our factories and value chains are at a standstill given the somewhat radical management of the Chinese authorities who are closing entire sections of the economy", in Shanghai for example, to fight against the Covid-19 epidemic. XNUMX.

Supply chain disruptions have been a key driver of rising prices globally since the Covid-19 pandemic, where lockdowns in different areas and at different times created bottlenecks.