For its next budget, the French government expects global growth of 3,1% in 2023 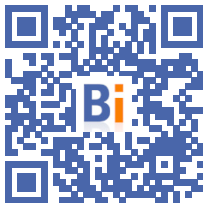 The French government is counting in its draft budget for 2023 on global growth of 3,1%, against an OECD forecast of only 2,2%, according to a government report published on Tuesday.

For the euro zone, the Economic, Social and Financial Report predicts 1,5%, against a meager 0,3% in the latest OECD forecasts dating from the end of September.

For France, the government's draft 2023 budget is built on a scenario of 1% growth.

“The hazards around this economic scenario are particularly high”, in particular due to the conflict in Ukraine, underlines the government in this report sent to Parliament as part of the examination of the 2023 finance bill.

In a difficult international context, "the contribution of foreign trade to GDP growth would be nil in 2022 and 2023", predicts the government, while the trade deficit should widen to 156 billion euros this year, before stabilizing to 154 billion next year, due to the soaring energy bill in France.

The negative balance of goods and services would deteriorate less, going from 73 billion euros in 2022 to 68 billion in 2023, thanks to a surplus of services which would increase from 62 to 65 billion.

The average salary per capita should accelerate by 3,6% this year, then by 4,1% in 2023, almost catching up with the level of the increase in consumer prices projected for next year (4,2%).

"However, precautionary behavior would remain significant, which would reflect the maintenance of a still high savings rate", at 16,3%, significantly above the average for the period from 2010 to 2019 (14,8% ).

The report highlights that, without a price shield or fuel discount, the price increase in France would be higher by two percentage points this year and by more than 3,5 points in 2023.

All of the support measures have stabilized household purchasing power this year, which would otherwise have fallen by 3,5 percentage points. For 2023, purchasing power should increase by 0,9% against a drop of more than 3,5 points in the absence of measures.

Among the supports for purchasing power is also the gradual abolition of the housing tax, which will be completed next year.

The public expenditure ratio is expected to decline by one point, from 57,6% of GDP this year to 56,6% next year, with public expenditure falling by 1,5% in volume terms (after deducting inflation ) “with the virtual extinction of emergency support spending and the reduction of stimulus spending”.

The rate of compulsory levies would decrease by half a percentage point to 44,7% of GDP in 2023.

On the business side, the margin rate should increase slightly next year, rising from 31,9% to 32,1%, supported by the abolition of the first part of a production tax, the contribution on the added value of businesses ( CVAE).

Investment should continue to increase, but its progress should slow from 1,4% this year to 0,9% next year.