For heating, think about heating networks 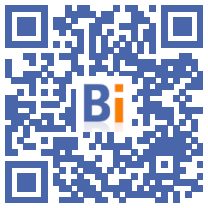 More ecological and less expensive than gas: the heating and cooling networks deserve to be better known, underline the defenders of these infrastructures, able according to them to provide 20% of heating in France by 2030 (instead of 5% today).

The country has 898 heating networks, or 6.500 km of urban heating pipes running in 850 cities, according to an inventory of the Federation of Energy and Environment Services (Fedene) published on Wednesday.

The networks delivered 29,8 terawatt hours (TWh) of heat in 2021, to nearly 45.000 connected buildings; it was still 22 TWh ten years ago. Half of the recipients are residential buildings.

In 2021, these networks were supplied on average at 62,6% by local renewable and recovered energies (biomass, geothermal energy, incinerated non-recyclable waste, etc.), supplementing gas.

With CO2 emissions almost halved in ten years, they now emit 45% less greenhouse gases than natural gas heating would, according to their managers, who promise to accelerate (with 73% renewable sources by 2030).

"We are more and more virtuous, and we are increasing our deliveries, but not fast enough", summarizes Yann Rolland, president of the National Union of Urban Heating (SNCU).

“We only represent 4-5% of the heat needs of the French. It is all the more unfortunate that we are rather cheaper”, the stability of renewables having “a damping effect on the prices of fossil fuels”.

In the immediate future, the sector aims to create 1.600 additional networks, or their extension, by 2030.

And within 15 years, the urban network could provide 20% of national heating, an objective "both ambitious and reasonable", in the European average.

"We are sure of our shot," said the president of Fedene, Pierre de Montlivault. "We have the demand from cities, and the supply from renewable sources".

For him, the delay is "the fruit of history: French energy policy has focused for decades on electricity and heating has always been seen as a slightly less important subject".

"After the war, we developed the electricity and gas infrastructures and we considered that it was settled. As a result, there was no desire to plan heating networks", unlike in northern Europe , he says.

Today these projects are supported in France by the Heat Fund, the main instrument for their development, the amount of which is 520 million euros for 2022. To accelerate, it would take a billion euros, estimates the sector.

For the moment, Ademe, which manages the Fund, has registered 190 requests for network creation files.

Against the backdrop of soaring gas prices, "we are in a new dynamic", observes Yann Rolland who heads Engie Solutions: "we have never had so many connection requests".

This development also benefits from regulatory measures, including the "express connection" text allowing condominiums near a network to benefit from aid to connect.

France has 33 cooling networks, which make it possible to avoid air conditioners, saving refrigerants and energy.

In 2021, they delivered some 0,8 TWh of cold. With global warming, according to Ademe, cooling needs in the residential and tertiary sectors could exceed 28 TWh in 2050.

It is therefore "essential to develop virtuous and carbon-free solutions", insists Fedene, noting that cold support is still lacking in France.