For ¾ of French people, the cost of work is the main obstacle to improving the energy efficiency of their home 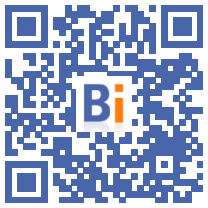 High priority of the elections organized this first half of 2022 (Presidential & Legislative), housing, and in particular the energy improvement of the latter, is an essential subject of the coming years for the government and the French.

By attributing housing issues to the Ministry of Ecological Transition and Territorial Cohesion as well as to that of Energy Transition, two camps have formed and oppose each other: some believe that Emmanuel Macron and his new government affirm their desire to fully integrate this subject into environmental issues, a stated priority for this second five-year term. Others believe that having no one dedicated exclusively to housing will drive housing into oblivion.

But what do the French really think of housing? Is the energy renovation of housing a priority according to them? According to them, what are the most dissuasive obstacles for owners to take this step? On the other hand, what do they think could be the most effective incentives to make them take action and thus succeed in reaching the proclaimed objective of 700.000 housing renovations per year?

DRIMKI, a specialist in real estate valuation, and BVA, a research and consulting company, wanted to give the floor to the French and thus carried out a study at the beginning of June to find out their opinions and expectations on the burning issues related to to housing.

For more than one out of two French people (55%), the renovation of poorly insulated housing is by far the main measure to be implemented over the next five years in the field of housing. This opinion is also shared by all strata of society. People aged over 65 are also 69% to think that this is a priority in the field of housing for the years to come.

Promoting access to home ownership, particularly for young people and first-time buyers (26%), freezing the rents of the most modest households (23%), and encouraging access to rental housing for young people (22%) are also measures deemed to be priorities, although less linked to the environmental aspect, by the respondents.

For this last point, if young people have, quite logically, more expectations (32%), the inhabitants of Ile-de-France, an area where the rental situation is even more difficult, are also much more numerous than the national average to be pending on this subject (33%).

Finally, approximately one in six French people would like to make tight areas a priority; either by controlling rents (17%) or by building new housing (14%). 13% highlight the importance of developing housing that meets specific needs.

Although the French widely recognize the need for energy renovation of housing, they nevertheless point to the difficulty of financing such an operation. Indeed, the observation is almost clear: for nearly 3⁄4 of them, the cost of the work is one of the elements that most deters owners from taking action (71%). This opinion is even more shared among French people aged over 50 (81%).

The scale of the works is considered to be the second blocking point (31%). Respondents with an income of more than €3.000 per month are 37% to have cited this obstacle. About a quarter of French people believe that the lack of information (on diagnoses, aid, etc.) can also stop owners (23%).

Lack of interest and lack of time, on the other hand, appear to be less significant obstacles: respectively 14% and 12% of French people think that these may be elements that deter homeowners in their energy renovation process. For young people aged 25/34, it is in particular the indifference of owners (15,3%) that prevents them from improving the energy performance of their home(s).

Since the cost of work is the most blocking element for all respondents to the energy improvement of housing, the French logically believe that it is financial incentives that could most encourage owners to act.

For 44% of them, one of the most important points to put in place is the possibility of deducting part of the costs incurred from their taxes. This element is mentioned all the more among people aged 65 and over (54%) and CSP+ (49%). Then, 40% affirm that it would be essential to have state aid; element for which the government has already worked with the provision of MaPrimeRénov 'for all since 2021.

The proposal for zero-interest loans and the possibility of obtaining an exemption from property tax for the duration of the work could also be two effective means of encouraging owners to get started, for 34% and 24% of respondents respectively.

“The housing sector is a priority for the French and the government. The ecological transition is also at the heart of the housing policy. Indeed, for several years, the State has been hunting for thermal sieves, these energy-intensive dwellings that exceed 20% of greenhouse gases. Beyond the regulatory constraints, the interest of the French for energy renovation is nevertheless very real. But this interest comes up against the harsh reality of their wallets. On average, it takes between 15.000 and 40.000 euros for a renovation guaranteeing real energy savings. For the owner-lessor, who must assume the initial cost, the question arises even more drastically since future energy savings will above all benefit the tenant. Also, without guarantee of seeing the price of his property valued at the level of the amount invested, he is reluctant to take action, especially since it is difficult to assess precisely the cost of using a lodging."

“To compensate for the cost of renovations, state aid does not prove to be a sufficient incentive. Subject to means testing, “Ma Prime Rénov'” concerns only the most modest households, while zero-interest loans are conditional on time. Thus, the systems put in place mainly affected households that wanted and could carry out simple and one-off works, far from the real energy performance objectives set by law. adds Olivier Colombet.

*Study carried out by BVA for DRIMKI (available on request), from May 31 to June 2, 2022 on a sample of 1002 people aged 18 and over, representative of the French population.