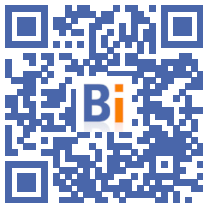 More than 9.000 rental housing units intended for employees, from the middle classes in particular, will be financed by 2023 to promote social diversity in the so-called priority districts, an increase of 30%, indicated Foncière Logement, an organization of the giant Action Housing.

Action Logement, managed jointly by employers and unions, is one of the main owners of low-cost housing with a portfolio of one million housing units. Its Foncière Logement subsidiary's mission is to "diversify housing in sectors undergoing rehabilitation as well as in districts where supply is the most tight".

Some 4.000 of these dwellings will benefit from the "Digneo" program, which particularly targets unworthy and unsanitary housing in the city center.

In February, an amendment was signed with the State to allocate an additional 250 million euros to Foncière Logement, which will allow it to have "housing production increased by 30% by 2023".

"A little more than 3.000 housing units are under construction, so we have an activity of receiving and increasing our rental offer in the years to come which is very clearly in place and structured", summarized Yanick Le Meur, director General of Foncière Logement.

"We went almost everywhere, we + served + 325 neighborhoods in 288 cities, the average size of a free rental program is 32 homes, therefore on a human scale. Our investments are a strong lever in the renewal of neighborhoods, and it is also a clear means of assuming part of the return of the middle classes to the neighborhoods, despite the context of worsening social and urban segregation in tense areas in particular ", he pointed out.

According to data from Foncière Logement, "the middle classes free to choose the location of their habitat are returning to priority neighborhoods, at the pace of the delivery of the association's buildings, convinced by a high-quality rental offer".

For Cécile Mazaud, president of Foncière Logement, "social diversity is a word that we often hear, but it cannot be decreed. There must be ingredients that work, a quality of the building, of the support Despite the health crisis, 1.000 new rental housing units were received "and let in 2020 in priority neighborhoods" while the target was 500, "she said.