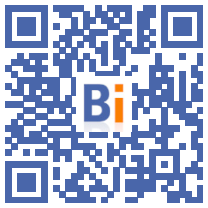 The very first class action brought in France by the UFC-Que Choisir association against the property manager Foncia appealed to the benefit of the second, said the firm Bredin Prat, representing Foncia.

The Versailles Court of Appeal rejected the group action carried out by the consumer association which accused Foncia of having improperly invoiced rent receipts to thousands of tenants, specifies the law firm.

The Court "clearly confirmed that the sums invoiced by the agencies of the Foncia network in their relations with tenants did not reveal any fault", continues Bredin Prat in a press release.

The UFC-Que Choisir claimed from Foncia the compensation of tenants, 318.000 according to its estimate, having paid shipping costs of receipt, up to 2,30 euros per month, for a total estimated at 44 million euros over five years.

The law firm also adds that the consumers' association was ordered to pay 10.000 euros for legal costs advanced by Foncia in this case.

At first instance, the Nanterre tribunal de grande instance had already declared inadmissible the request of the UFC-Que Choisir, considering that the group action fell outside the scope defined by the Hamon law of 2014.

This introduced a provision into French law allowing a very framed version of American-style "class actions".

This class action brought by the UFC against the real estate administrator was the very first filed in France, on October 1, 2014, the day the Hamon law on consumption came into force.