Following the influx of transfers from the DIF to the CPF, the government promises "flexibility" 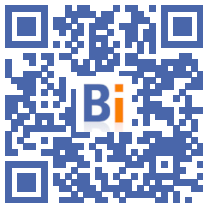 The transfer of individual rights to training (DIF) to the Personal Training Account (CPF) has generated an influx in recent days on the dedicated site and the government pledged Wednesday to show "flexibility" and not close operations at midnight as initially planned.

Employees in the private sector had in principle until midnight Wednesday to transfer the rights acquired before 2015 under the DIF in their CPF, via the site "moncompteformation.gouv.fr".

"We will be flexible," added the ministry, without giving more details on the deadlines.

Until 2014, full-time employees were credited with 20 hours of training per year via the DIF. In 2015, the CPF took over from the DIF, and it is now supplied to the tune of 500 euros per year.

To transfer his unused DIF hours and not lose them, the employee must recover his balance of hours on his payslip for December 2014 or January, or request a certificate from his then employer, and enter it in his CPF account. In the absence of proof, it is possible to contact the Caisse des Dépôts, which manages My training account.

The DIF hours entered are automatically converted into euros, according to a conversion rate of 15 euros per hour. The rights acquired under the DIF can represent up to 1.800 euros for those who have never used it.

According to figures from the Ministry of Labor communicated in mid-June, 6,33 million DIF meters in total had been entered on that date by their holder since 2015. For public officials, the transfer is automatic.