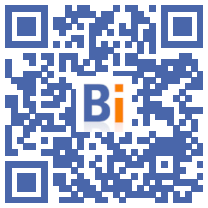 Clinging to the hillsides, dozens of makeshift corrugated iron houses in this township of Durban have been razed, washed away by the recent deadly floods that hit South Africa, making the poorest the first victims of the disaster.

Floods and landslides caused by a week of heavy rains in KwaZulu-Natal province (KZN, east), open to the Indian Ocean, have killed at least 435 people and left thousands homeless. The poorest neighborhoods have been dramatically affected.

Thulisile Ntobela, 31, used to live in an apartment. But when her rent went up, the jobless mother of five couldn't keep up and had to move.

On this piece of wasteland, she built a cabin five years ago. Here, no rent, "we build our house and we move in", she says. Previously planted with gum trees, the eNkanini area is now occupied by hundreds of sheet metal shacks, vulnerable to bad weather. Some 87 buildings have been destroyed by the recent floods.

In South Africa, around 13% of the nearly 60 million people live in informal housing, according to official statistics. On land that is often unbuildable and sometimes floodable.

"I was so scared. I was holding my baby in my arms. People were screaming" during the storm, says Thulisile Ntobela. Her youngest child, an eight-month-old infant, hangs behind her. Miraculously, none of them was injured, they took refuge with a neighbor when they felt the ground move.

"We don't have a home. This is our home," said simply Mzwandile Hlatshwayo, 25, who also lives in the township. He came from a rural part of the province to look for work. “If there was any chance of getting social housing, we would go,” he says.

The country lacks 3,7 million homes, according to the Center for Affordable Housing Finance in Africa (CAHF). The rural exodus for economic reasons has accentuated the pressure on housing in urban centres.

Another factor is that the majority of the land is held by the 8% of white South Africans, a legacy of a policy of expropriation of the black population during apartheid.

Thirty years after the end of the racist regime, the issue of land redistribution has still not been resolved in a country ranked as the most unequal in the world by the World Bank.

Rescue workers who spent days in townships across the city recovering bodies buried in mudslides said huts built without consideration of terrain were at increased risk of flooding.

Authorities said they are starting to develop spaces in the nearby neighborhood of Ndwedwe, to build temporary accommodation for victims of the storms. Longer term solutions are still under consideration.

This unprecedented natural disaster in the country is an opportunity for the government to finally tackle the problem of landlessness and poverty, believes Sbu Zikode, from the local land and housing advocacy organization, Abahlali baseMjondolo (dwellers of huts, in Zulu).

"The country and the world are watching to see how we are going to deal with the disaster," he said. "The government is obliged to act and provide land."