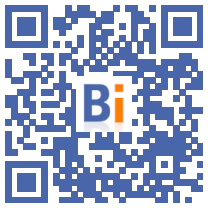 Germany will devote 30 billion euros to the reconstruction of areas affected by the deadly floods in mid-July in the west of the country, announced Chancellor Angela Merkel.

This sum will be shared between the federal state and the 16 German regions, she said at a press conference, stressing that it was "a sign of national solidarity".

The aid adopted during the Council of Ministers of August 18 will have to be approved probably next week by the Bundestag, the lower house of parliament, said the Chancellor.

At least 190 people died in devastating floods on July 14 and 15, mostly in two Länder, Rhineland-Palatinate and North Rhine-Westphalia.

The head of government of the latter, Armin Laschet, also leader of the conservatives for the legislative elections of September 26, had already announced this package of "20 to 30 billion euros", quantifying the long-term needs in his region alone "to some 13 billion euros according to initial estimates".

Germany had already allocated emergency aid totaling 400 million euros on July 21 to relieve the victims and deal with the most urgent, such as the restoration of drinking water and electricity.

Officials also decided to release funds to improve the disaster warning system, including 88 million euros to replenish the siren network by 2023.

A controversy followed the incident, relating to the anticipation of meteorological events by the authorities, the functioning of the warning system and evacuation measures.

The German justice announced on August 6 an investigation for "homicide by negligence" against the head of the district of Ahrweiler (west), very affected by the floods.