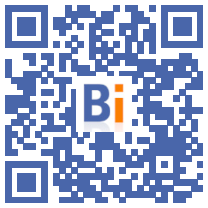 Barbara Pompili, Minister of Ecological Transition, Bruno Le Maire, Minister of the Economy, Finance and Recovery and Agnès Pannier-Runacher, Minister Delegate in charge of Industry, carried out an initial assessment of the implementation of the national strategy for the development of carbon-free hydrogen at a meeting of the National Hydrogen Council (CNH) (1) which was held Thursday February 25 in Albi, within the company SAFRA.

This strategy, which was announced by the government on September 8, 2020, provides for 7 billion euros in public support by 2030, including 2 billion euros by 2022, as part of France Relance and Investments in France. 'To come up.

The work carried out for the implementation of this strategy is supervised by a coordinator, Hoang Bui, whose appointment has been confirmed.

CNH co-chairmen, Benoit Potier, Chairman and CEO of Air Liquide, and Patrick Koller, CEO of Faurecia, presented a comparative analysis of international hydrogen strategies, based in particular on the work of the World Council of hydrogen (Hydrogen Council).

It emerges that France is positioned in the leading pack of the most advanced countries for their strategy, alongside Germany in Europe or China, Korea and Japan in Asia. The following evaluation criteria were analyzed: development of the production of renewable and low-carbon hydrogen, definition of clear objectives, system for steering and monitoring the strategy, financial resources, adaptation of regulations.

The launch of the strategy in September generated strong industrial momentum

The National Hydrogen Council notes a strong industrial dynamic which is set to continue in the coming months.

As part of France Relance, 27 R&D and hydrogen technology integration projects have already been supported, for € 212 million in total investment and € 37 million in public support(2).

In addition to these projects, there is € 60 million in support for the aeronautics sector within the framework of CORAC (Research Orientation Committee for Civil Aeronautics). In addition, at the start of 2021, financial support was announced to help 4 regions (Occitanie, Bourgogne-Franche-Comté, Auvergne-Rhône-Alpes, Grand-Est) to acquire 14 hydrogen trains representing a total investment of € 300 million.

As part of the first session of ADEME's “territorial ecosystems” call for projects, 7 projects, representing an investment of € 136M and a request for assistance of € 45M, were pre-selected to support production by electrolysis and hydrogen mobility. The second session of this call for projects already has more than 47 new open applications, for a preselection in June.

Initial elements were presented concerning large-scale projects that could benefit from support within the framework of the PIIEC.(3) under construction at European level, spurred on by France and Germany. These French projects represent a total amount of aid of around € 8 billion and concern the production of electrolysers, the decarbonisation of heavy industry, and the production of equipment for mobility. The projects selected will give rise to the first aid payments at the end of the year.

In this context, France Hydrogen has identified 4 electrolyser manufacturing plant projects in France and has identified planned electrolysis facilities with a total power of 3,2 GW, which is already nearly 50% of the objective set by the national strategy to have an electrolysis capacity on our territory of 6,5 GW by 2030.

Innovative projects using hydrogen technologies are also in development in the electrical systems of non-interconnected areas overseas, such as the CEOG project(4) of guaranteed power photovoltaic power plant with hydrogen storage. The modalities of its support are under study.

The National Hydrogen Council has drawn up a map of key technologies, drawing on the expertise of all the strategic committees of the sectors concerned. This analysis shows that France has mastered or will quickly have all the critical technologies necessary for its sovereignty and allowing rapid transition to an industrial scale.

Priority themes have been identified for further work. These are, for example, membranes, air compressors for fuel cells and electrolysers, or decarbonization processes for the steel industry and cement factories.

In order to support these new R&D projects, the General Secretariat for Investment has improved the aid system for "technological bricks and hydrogen demonstrators" operated by ADEME, in particular by increasing the share of subsidy in the aid granted to 60%. or even 75% under certain conditions.

The dynamics of the hydrogen sector offer significant job prospects.

France Hydrogen is thus in the process of finalizing a repository of business skills which will be presented at the end of March and accessible via the internet. Of the 75 professions identified, about fifteen already appear to be in tension.

To remedy this, initiatives in the field of vocational training were discussed at this meeting, such as the “Symbio Hydrogen Academy” supported by the Symbio company and its shareholders Faurecia and Michelin. It aims to train 300 people per year in hydrogen jobs in the Lyon region.

Likewise, the Air Liquide group is supporting initiatives such as the “H2 Académie”, which is intended in particular to train BTS students from September 2021 in Port-Jérôme, near Le Havre.

The next meeting of the National Hydrogen Council will be held by the summer. It will provide an update on themes of common interest such as:

(1) The role and constitution of the National Hydrogen Council were specified in a press release on January 11, 2021.
(2) The subsidies come from the automobile and aeronautical modernization funds, support for industrial projects in the regions, the Investments for the Future Program within the framework of the Research Orientation Committee for the Automobile and Mobility (CORAM) .
(3) Important Project of Common European Interest. The device, like that on batteries, allows Member States to finance projects beyond the limits usually set by European regulations when it comes to supporting large-scale projects that make a very significant contribution. important for the economic growth, employment and competitiveness of industry and the Union economy
(4) West Guyanese Power Plant