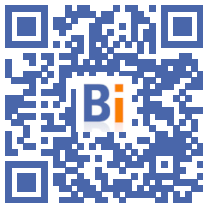 The town hall of Paris says it wants to impose, by the beginning of July, the first financial penalties on the "big players" in the delivery of fast shopping at home, called "dark stores", not respecting the regulations in terms of town planning.

"We will be able, within a fortnight, to put the first penalties, because it is in the hands of the city and we are going to hit fast and hard", affirmed the first deputy (PS) Emmanuel Grégoire during a presentation of the city's urban logistics strategy.

Mr. Grégoire thus wants to "take by the throat", on the basis of financial penalties of 500 euros per day and a maximum of 25.000 euros per warehouse, "the major operators of dark stores" which "for many are in total illegality".

These "ghost warehouses" are considered by the town hall and the urban planning services as warehouses, whereas the premises in which they have been installed are most often commercial premises. Local residents generally protest against the nuisance generated, in particular by the comings and goings of delivery people.

The capital would now have, according to Mr. Grégoire, a hundred of these businesses, which have been booming since the travel restrictions intended to stem the Covid-19 epidemic.

But the mayor has been raising her voice for several months. At the end of March, Anne Hidalgo's right-hand man had asked the chains to close 45 of these stores / warehouses where delivery people go to pick up the products to be delivered, "illegally created" in the capital.

"Some played the game right away", closing a dozen sites, "but some renowned brands take the risk (not to close) because they (...) have so much money that they don't care," says Mr. Grégoire.

This "feeling of impunity" of the chains of "dark stores" is, according to him, reinforced by the judicial "bottleneck" which distances the prospects of conviction over time. “If at least one of the files could pass, symbolically, to serve as an example and very clear case law, that would help us collectively”, estimates the town planning assistant who wrote in this sense to the Paris prosecutor.

Paris represents 32% of French "quick commerce" spending and concentrates 19 of the 23 companies in activity, according to a motion for a resolution tabled in mid-March in the Assembly and aimed at regulating these businesses on social aspects and distortion of competition.

“Finally, the city is seizing the means available to regulate the installation of these warehouses”, reacted to AFP the deputy and councilor of Paris (Modem) Maud Gatel, at the head of this proposal.