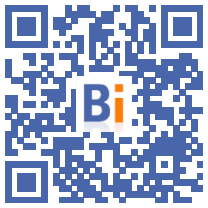 Eleven companies have signed a 20-year green electricity direct purchase contract with producer Voltalia, the very first multi-buyer direct sales contract, which will allow the construction of a photovoltaic plant in Occitanie, announced the initiators, Voltalia and the LCL bank.

LCL gives its guarantee to these client companies. These will thus be able to obtain long-term supplies, for part of their needs, with guaranteed volumes and a competitive price (not specified).

They will benefit from 100% of the production of this new 56 megawatt power station (equivalent to the consumption of 35.800 people), developed and operated by Voltalia, the work of which should be completed in the second half of 2023.

In addition to LCL itself, the consortium brings together, for example, Air France, Bonduelle, Paprec, Daco Bello (dried fruits) or Fournier (kitchen and bathroom furniture).

The direct purchase of renewable electricity by companies from energy producers (via contracts known as PPA, for “corporate power purchase agreement”) has been developing for several years in France, but only very large companies could generally afford it.

The multi-buyer scheme, by pooling needs, leads to economies of scale and offers competitive prices, without support from the public authorities.

This first agreement of its kind in Europe "makes it possible to give access to this market to companies of intermediate size, or which have smaller needs in electricity", explained to AFP Sébastien Clerc, general manager of Voltalia.

They are thus "protected from the volatility of the" electricity markets, while participating in the decarbonisation of energy, he added: "by signing a PPA, they make the creation of a power plant possible. solar, they therefore have a direct effect on the climate ".