First assessment of the APL reform 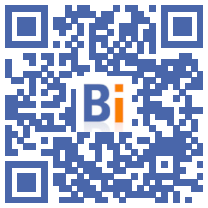 Since January 2021, personalized housing allowances (APL) have been calculated on the basis of income for the last 12 months with a quarterly revision. With two years of lag between declared income and the payment of APL, the previous system could lead to the payment of an amount of APL disconnected from the level of resources of the beneficiaries.

More responsive, this new system now makes it possible to pay the right amount to the households that need it most and to adjust more quickly to real situations. The APL calculation parameters are unchanged.

The real-time APL reform came into effect in January 2021. Its operational implementation was made possible by the mobilization and commitment of staff from the Caisses d'Allocations Familiales. The technical incidents encountered in recent months are gradually being resolved. The Ministry of Housing is now able, on the basis of CNAF data, to draw an initial assessment of its impact on recipients of housing assistance.

The reform consists in calculating the APL on the basis of the last 12 months of income, with an update every 3 months, against the income of year N-2 previously. The amount of APL which was paid in the 1st quarter of 2021 was therefore based on income from December 2019 to November 2020. On the occasion of this reform, none of the parameters for the calculation of APL were modified.

The objective of this reform is to ensure that the right amount is paid, taking into account the real situation of households. APLs are now truly targeted to households that need them, when they need them.

At this stage of the year, the CNAF estimates that the implementation of the reform leads to a total amount of APL paid lower by € 1100 million than it would have been without reform, all other things being equal. The 2021 finance law, drawn up in the summer of 2020, was based on a difference of € 750 million taking into account the possible consequences of the health crisis on activity in 2021. The upward revision of the impact forecast of the reform is directly linked to the maintenance of household resources due to government measures to support the economy and employment taken in 2020 and 2021.

In addition, budgetary expenditure for APLs in 2021 should be almost identical to that provided for in the finance law, i.e. in the order of € 15,6 billion. The spending trend in terms of PLA, excluding the implementation of the reform, is indeed higher than what was anticipated during the preparation of the 2021 Finance Law.

Each year, before the reform was implemented, the majority of benefit recipients saw their amount of APL evolve, up or down, due to the change in the reference year for taking resources into account. As of January 1, 2021, the specific effect of the real-time APL reform has been added, without fundamentally modifying the proportion of beneficiaries experiencing changes. The table below compares the changes on January 1, 2020 and January 1, 2021.

The specific effect of the reform led to an increase in January rights for 18,2% of beneficiaries, to decrease them for 29,6% of them, and to keep them identical for 52,2%.

The following table shows the variations in rights linked specifically to the reform, excluding the usual effect of the change in the reference year.

As the real-time APL reform does not change the scale for calculating housing assistance, any change in the level of APL paid is linked to a change in income. This is particularly the case for benefit recipients who benefit from an increase in income and whose amount of APL decreases as a result, in particular those who enter working life. Note that people in training benefit from special treatment:

student resources are taken into account on the basis of a flat rate, so that the reform does not modify their APL in the same situation, and improves the APL of salaried students (whatever the amount of their remuneration, their APL does not vary unlike the previous system).

The APL reform is fairer, taking into account the contemporary resources of beneficiaries, and more responsive because it adjusts more quickly to changes in their income thanks to the quarterly updating of beneficiaries' rights.