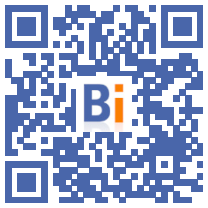 The responsibility of the American agency Bloomberg was confirmed by the Paris Court of Appeal in the case of the false Vinci press release, but the amount of the fine was reduced to three million euros taking into account rapid rectification of erroneous information.

At the end of 2019, the French gendarme of the Stock Exchange, the Autorité des marchés financiers (AMF), had imposed a sanction of 5 million euros on the American agency specializing in economic and financial information for having relayed the content of a false press release concerning the French construction group Vinci.

The American agency had filed an appeal for annulment against the decision of the gendarme of the Stock Exchange in February 2020 and had pleaded its good faith in May 2021 before the Paris Court of Appeal.

This request for annulment of the decision of the Sanctions Commission of the Autorité des marchés financiers (AMF) was rejected by the Paris Court of Appeal, which however reformed the amount of the sanction taking into account "the Bloomberg's responsiveness to interrupt and then suppress the distribution of the dispatches in question and then publish a series of corrigenda and denials ".

"We hoped that the Court would recognize the press freedom issues raised by this case. We regret that the Court did not overturn the decision of the Sanctions Commission and are evaluating the advisability of an appeal," he said. Bloomberg reacted in a statement.

Bloomberg was the first media outlet to publish erroneous information in November 2016 on the basis of a fraudulent press release which announced the review of the consolidated financial statements of the Vinci group due to alleged irregularities resulting in a net loss and the alleged dismissal of its financial director.

Three other press agencies including the German DPA, the British Reuters, the American Dow Jones as well as the newspaper Les Echos were trapped, but Bloomberg is the only media to pay the price.

Its reporters from the "Speed ​​Desk", a service dedicated to processing financial information in real time, very quickly realized the deception since less than 10 minutes had elapsed between the broadcast of the first dispatch and the reports. first corrigenda.

A very short period of time but sufficient to cause the Vinci share price to plunge by 18,28% before recovering to close down 3,78%. A loss assessed by the AMF at 6,5 million euros for investors.

Vinci had published an official denial on its website a little less than an hour after the first dispatch and announced to file a complaint against X the next day.

Neither the AMF nor the National Financial Prosecutor's Office contacted by Vinci were able to identify the authors of the false press release who had put it online on a group mirror site (vinci.group) imitating the real one (vinci.com), pushing the vice until signing it with the name of the real person in charge of the press relations of Vinci, by referring to a false phone number.

The AMF believes that the agency, which is widely followed by the trading rooms and the financial press, should have known that the information was "false and likely to set the price of the Vinci share at an abnormal and artificial level" by carrying out a even summary verification.

"Journalists are not infallible," Dominique Pradalié, secretary general of the National Union of Journalists, said to AFP, welcoming that the Court of Appeal took "care not to place the error on journalists but on the entire channel and on the broadcaster "in this case which concerns both press freedom and investor protection.

This type of fraud, which plagues the financial press and listed companies, continues to grow: Monday, a fraudulent press release announcing a partnership between the American supermarket giant Walmart and Litecoin temporarily caused the price of this cryptocurrency by about 30%.

"If in this case, Bloomberg's error is obviously regrettable, this judgment could even be likely to further weaken the position of those who formulate proven criticisms against listed issuers in the future," commented Dominique Stucki, partner at Cornet Vincent Ségurel and specialist in stock market affairs.